Spare yourselves from boredom and head down to Strike.

Brewing and bowling have a lot of things in common: the need for precision, the perfect technique, and the ability for someone to end up in the gutter if things go wrong. So, it’s only natural that the two have formed a harmonious marriage down in Wandsworth, where new boutique bowling alley Strike has just opened its doors. One of London’s smartest bowling alleys, Strike sits inside a Grade II-listed building that forms part of the UK’s oldest brewery – and judging by the response from the first guests, it looks like them team behind it have brewed up a cracking day out. 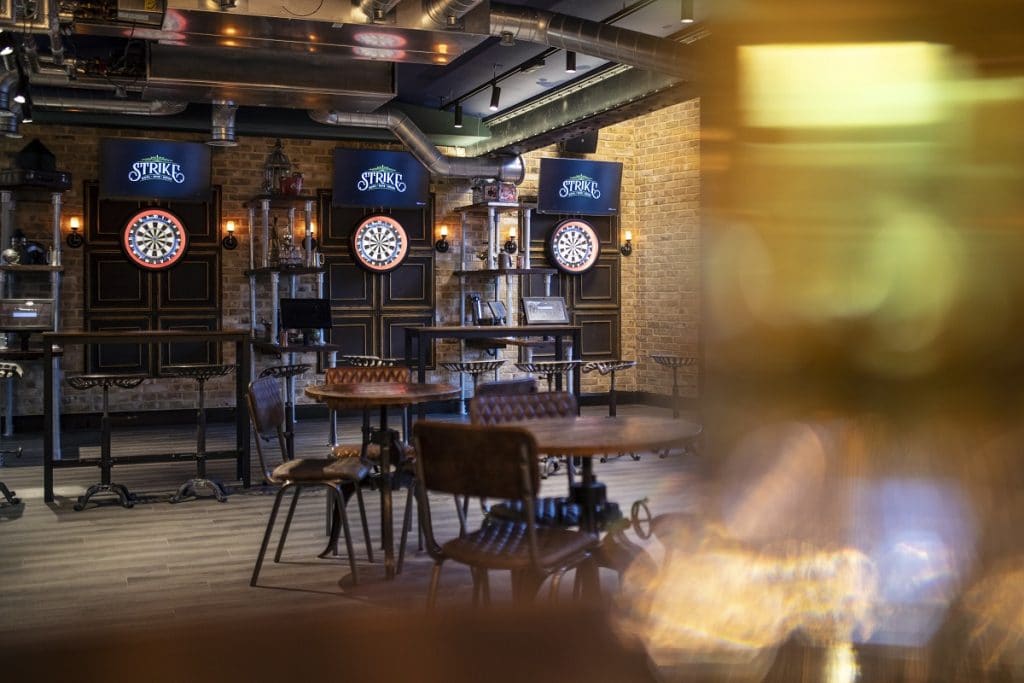 Yep, this certainly is the swankiest house of pins south of the river. Found just a stone’s throw away from another recent social gaming arrival Gravity, Strike sits on Wandsworth High Street, in the redeveloped Ram Quarter. Housed around the old Young’s brewery site, the space is now home to the likes of Backyard Cinema, Sambrook Brewery, and Story Coffee; in the form of Strike, it’s got one very fancy bowling alley to go with all that. 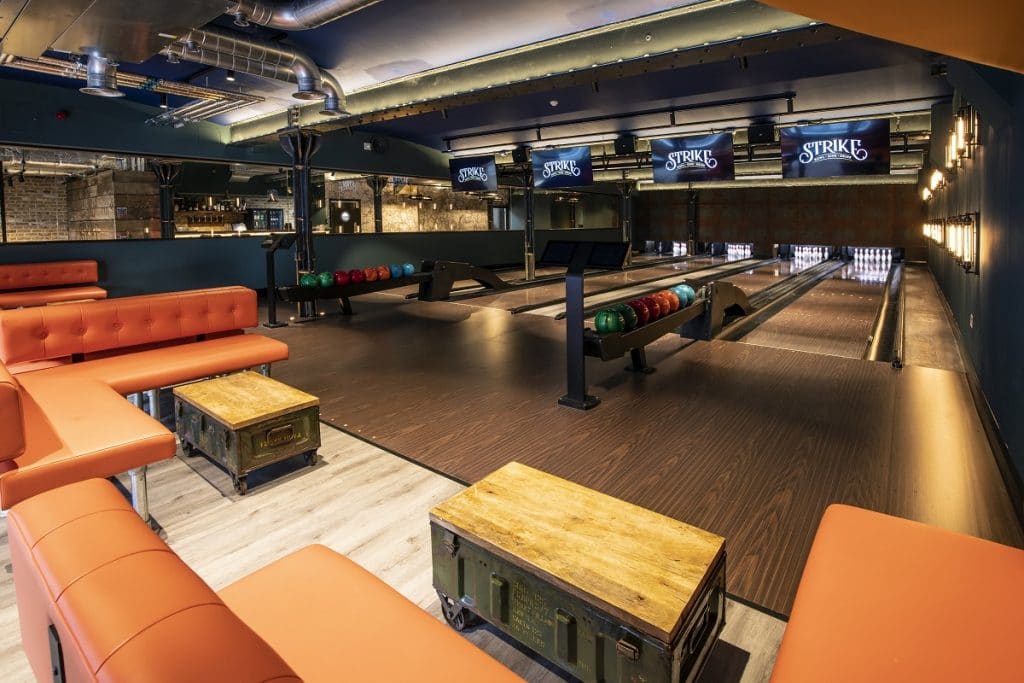 Unsurprisingly, tenpin bowling is the main attraction here, with plenty of lanes on which to pit your skills against your pals. Don’t be too discouraged if you end up in the gutter though; the site is also home to London’s first ever duckpin bowling lanes, in which the pins and bowling ball are smaller, the lanes are shorter, and the action is even more intense. So, if you strike out on the big lanes, there’s always another option to try to recapture your lost glory. 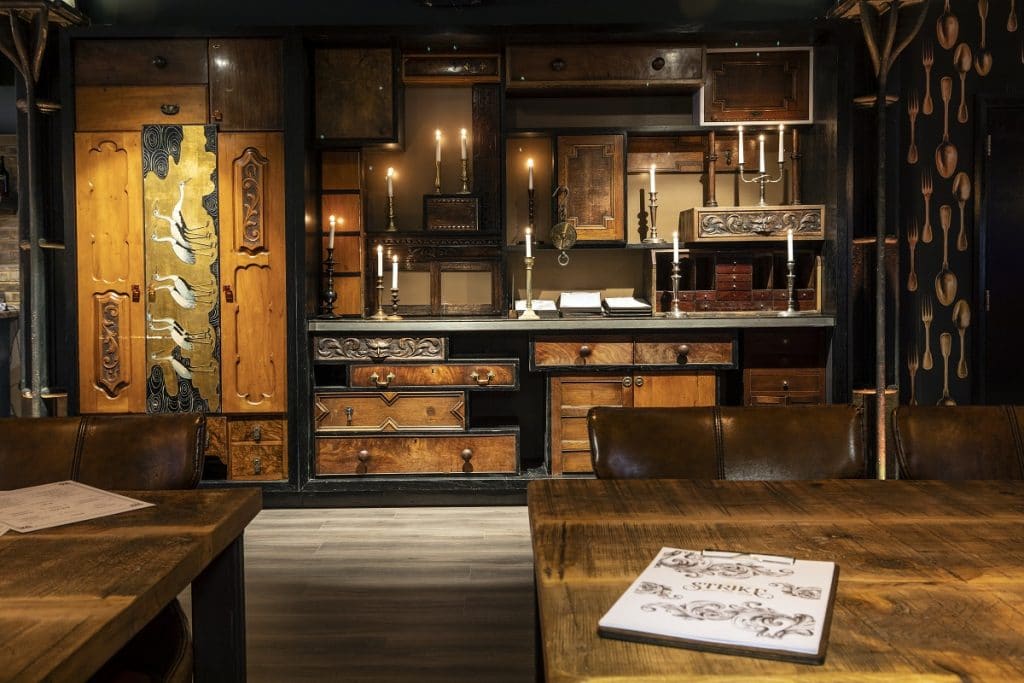 Similarly, Strike houses a series of smart dartboards that’ll test your aim (if you’ve ever visited Flight Club, you’ll know the score here), and electric shuffleboards for low-stakes competition. Assuming, of course, you and your friends are capable of such a thing as ‘low-stakes competition’… Private hire options also make it a cracking option for birthday parties and *hint hint* work gatherings, so if my bosses are reading this, you know what to do! 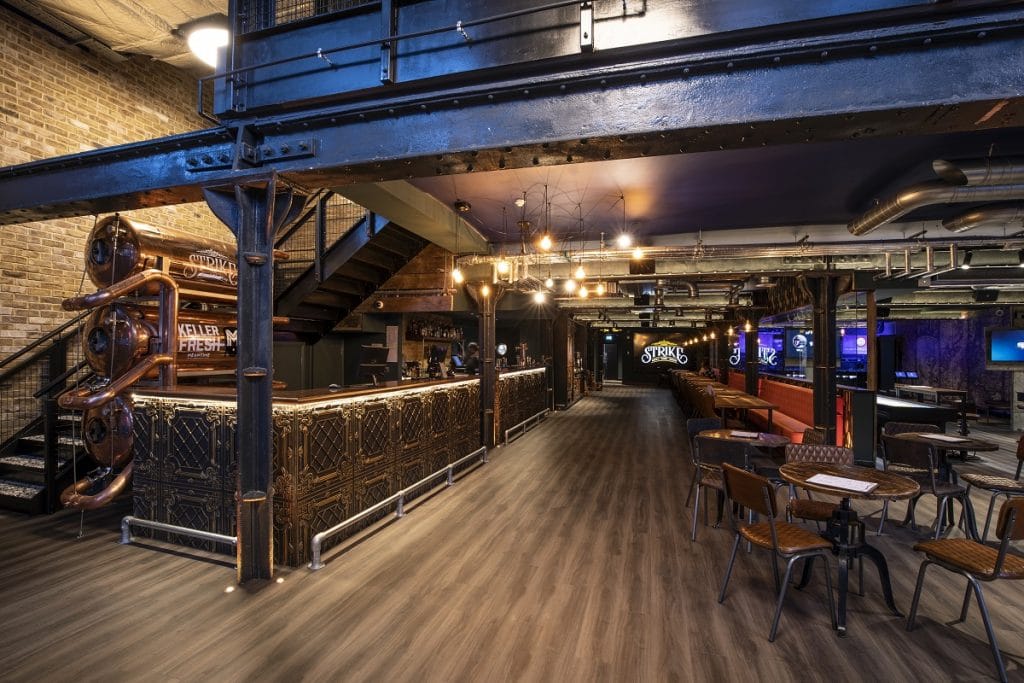 The sumptuously decorated venue is low-lit and inviting, the ideal spot to while away the evening with the clatter of pins in the background. Happily, Strike is well-equipped with food and drink, with diner-style classics forming the bulk of the food menu. That means Raclette Burgers and a banging Cajun Crayfish Mac and Cheese are the stars here, whilst the drinks menu offers cocktails and locally-brewed craft ales. Oh, and in a nice nod to the building’s heritage, Strike is also home to a trio of gleaming copper tanks, storing freshly-brewed lagers for you to sip victoriously. Well, it would be rude not to, wouldn’t it?