London is looking truly festive these days – what with all the Christmas markets, twinkling lights, and ice rinks that are filling our fair city – but now even the public transport has had a Yuletide glow-up. As part of the Mayor of London’s ‘Let’s Do London‘ campaign, which has been aiming to entice tourists and Londoners alike to explore the city once more, buses and Tube stations have been wrapped in new Christmassy designs that’ll have you believing you’re en route to the North Pole. 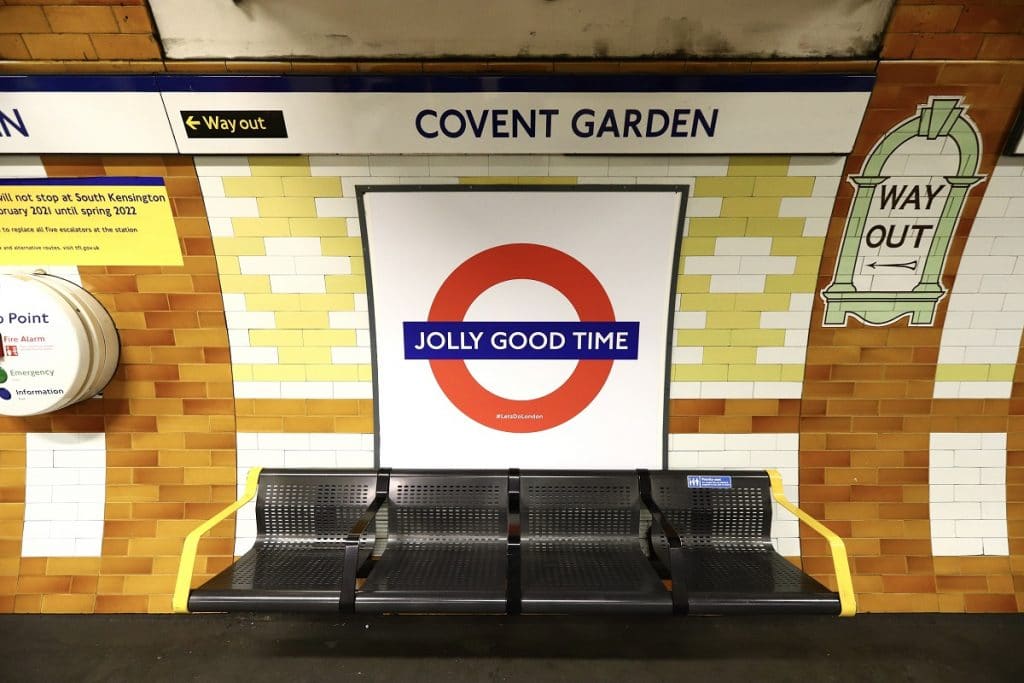 The TfL festive makeover has blessed selected London bus routes with the decals, which depict Santa and his reindeer flying through the night sky, and encouraging passengers to board the bus for the quickest route to the Christmas lights. Unsurprisingly, the 139 bus – the most Christmassy bus route in London, didn’t you know? – has been chosen as one route for the festive theme, with the 22, 453, 390, and 94 routes also seeing the festively-wrapped buses. Between them, these special Christmas buses can whisk you off to Winter Wonderland, Carnaby’s Christmas lights, the festive shopfront of Fortnum & Mason, and Trafalgar Square’s classic tree, so there’s Christmas cheer aplenty to be found aboard. The campaign is encouraging travellers to use the Hopper Fare to make unlimited bus and tram journeys for £1.55 within the hour, so it’s a swift and cheap way to catch the lights.

Meanwhile, beneath street level you’ll find that Tube stations such as Covent Garden, Bond Street, and Hyde Park Corner are rocking some new festive signage, along with bus stations and piers across town. Covent Garden’s festive roundels promise a ‘Jolly Good Time’ (also found at Bond Street and the Battersea Power Station Pier), whilst ‘Winter Walks’ are in the offing at Hyde Park Corner, Chingford Overground, and Wandle Park on the London Trams network. Meanwhile, ‘Christmas Shopping’ roundels can be see at Oxford Circus, London Bridge bus station, and Greenwich Pier, and there’s a ‘Fabulous Panto’ at Wimbledon and Stratford stations, as well as Hackney Central on the Overground. 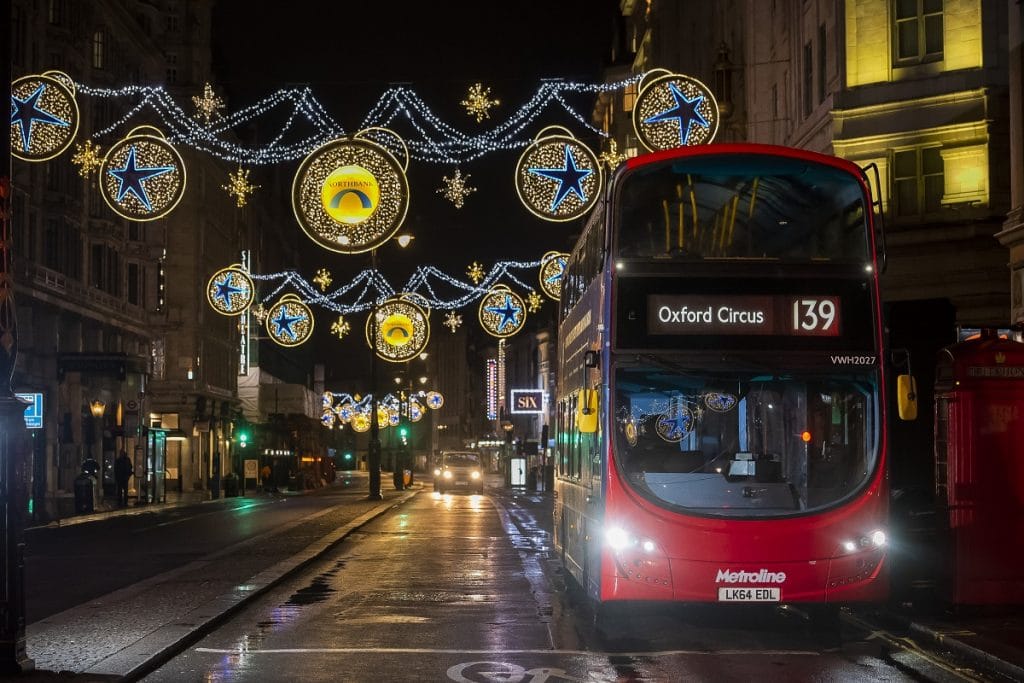 Last but not least, the Emirates Air Line cable car has also seen cabins wrapped in festive decals. Anyone taking the cable car can see the city light up from above, and all tickets purchased here will see a portion of the profit donated to the Railway Children charity, who work with at-risk children living on the streets. And if that’s not enough goodness for you, there’s also a goody bag available with every ride. So, whichever way you choose to travel, you’ll be feeling that festive cheer before long!