Gigs in London: A Guide To February 2022

London may just well be the live music capital of the world. There, we’ve said it. It’s off our chest.

Don’t believe us? Well, the proof is in the pudding as they say. Here’s our roundup of the best gigs in London you can’t miss in February 2022:

Dancing On Tables are a Scottish pop-rock band who released their debut EP, ‘Don’t Stop’, in 2016, followed by ’Space Race’ in 2018 and ‘Transpose’ in 2019. They’re playing Colours in Hackney and you can get your tickets here.

Dry Cleaning are an English post-punk band who formed in South London in 2018. They’re unique in that they tend to use spoken word in lieu of sung vocals, and they’re playing Rough Trade East near the Truman Brewery. Join the waiting list here.

New Orleans native rapper Jay Electronica returns to Camden’s famous Jazz ​​Café after a ten year hiatus to tour his Grammy-nominated material. Tickets are currently sold out, but you can join the waiting list here. 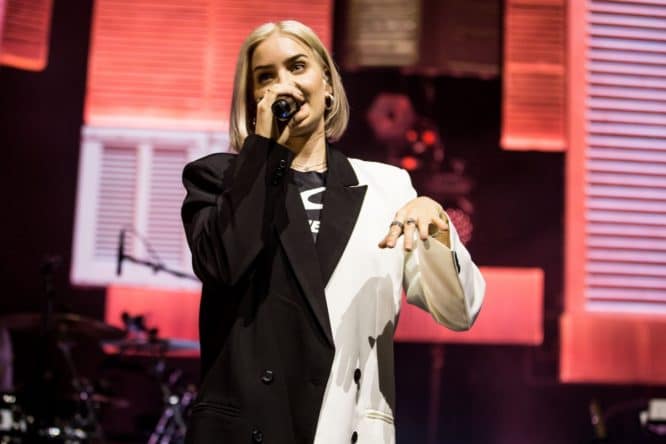 2022 BRITs Week is a series of gigs in London backed by the Brit Awards, with proceeds going to the charity War Child. Anne-Marie, Becky Hill, Bastille and Blur’s Damon Alburn are just some of the acts confirmed. Find out more here.

Over the last ten years or so, Ugandan-born trumpeter Mark Kavuma has established himself as a key player in London’s rapidly-expanding jazz scene. After the release of two albums in 2018 and 2019 respectively, he’s playing two gigs in London – Ronnie Scotts and The Crypt in Camberwell. Find out more here.

Acoustic favourite Benjamin Francis Leftwich returns to London to tour his latest album, ‘To Carry A Whale’ which was released back in 2021. He plays Lafayette in Kings Cross and you can cop your tickets here.

Hippo Campus are an American indie rock band from Minnesota, who formed back in 2013. They’ve released two albums and have just released ‘LP3’ – see them at The Garage in Highbury and Islington.

Manik MC is quietly making his mark within the UK rap scene, and he’s performing his first headline show at Nells Jazz and Blues in Kensington and Chelsea. Grab your tickets here.

British electronic music duo Snakehips first made their name remixing the likes of Banks, Bondax and The Weeknd for Hype Machine before they released hit singles ‘All My Friends’ with Tinashe and Chance the Rapper and ‘Don’t Leave’ with MØ. You can get down to their hits at XOYO. 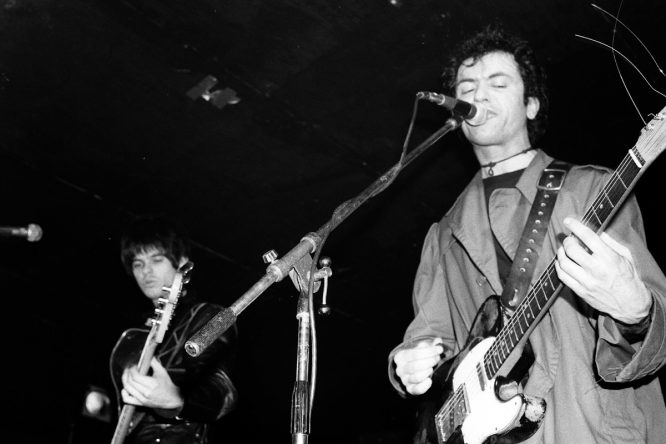 The O2 Academy Brixton sees the return of The Stranglers for two dates this month. With a career spanning five decades and 23 singles which have made it into the Top 40, this is guaranteed to be a night to remember. Buy your tickets here.

“Goodbye my lover, goodbye my friend…” you know the rest. British singer-songwriter and Twitter legend James Blunt returns with a gig at the Wembley SSE Arena. Expect old classics such as ‘You’re Beautiful’ alongside newer material. Buy your tickets here.

Often labelled as one of Manchester’s most underrated bands, The Chameleons are back on the road and are bringing their post-Punk hits to Islington’s beautiful Assembly Hall.

Beloved Cameroonian jazz bassist Richard Bona is one of the world’s most accomplished international bass players, winning Grammys and other prestigious awards throughout the course of his career. He brings his tour to Camden’s Jazz ​​Café for two dates this month and you can get your hands on them here. 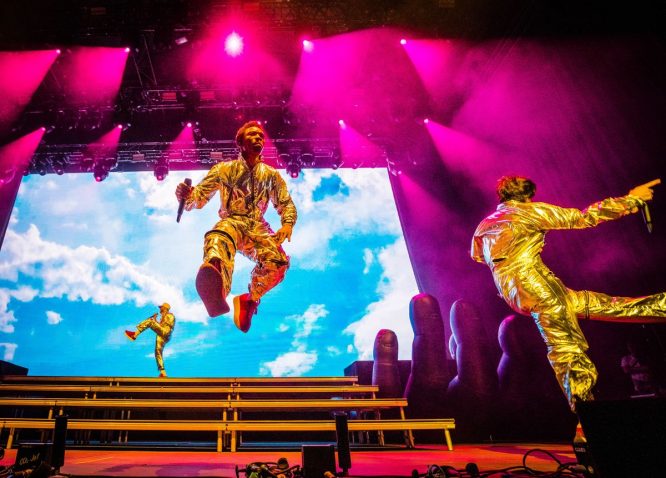 Billed as ‘America’s favourite boyband’, the 13-member-strong BROCKHAMPTON first rose to fame in 2017 with the release of three albums. Since then, the hip-hop and pop-rap group have taken the world by storm, and released their latest album last year. They’re going on hiatus in April, so these two shows at the O2 Academy Brixton may be the last time you can see them.

Next on our gigs in London list is US singer-songwriter and actress Chrysta Bell – who gained notoriety with her album ‘This Train’ – which was released in collaboration with acclaimed director David Lynch of Blue Velvet and Twin Peaks fame. She’s playing Oslo in Hackney.

Grammy-winning American pianist and producer, Kiefer, has worked with the likes of Kaytranada and Anderson .Paak and released his latest LP ‘When There’s Love Around’ in 2021. He’s performing at EartH in Stoke Newington.

British singer-songwriter Ella Eyre first rose to fame giving her vocals to Naughty Boy’s ‘Think About It’ and Rudimental’s ‘Waiting All Night’. She was awarded second place in the BBC Sound of 2014 poll and went on to win the 2015 MOBO Award for ‘Best Female Act’. She’s playing the O2 Forum in Kentish Town.

Gaining notoriety from the acclaimed BBC mockumentary People Just Do Nothing, Kurupt FM bring their Garage and Drum n Bass tunes to the monumental Printworks venue in Surrey Quays. Tickets are sold out but you can join the waiting list here. 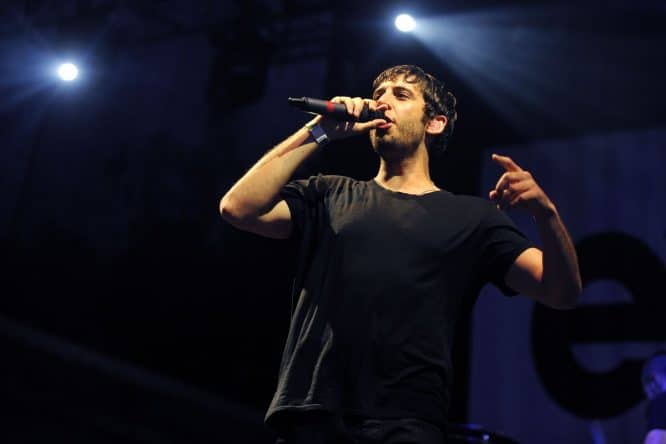 Now on his seventh album (seriously!) and the provider of hits such as ‘Kickstarts’, ‘Stay Awake’ and ‘Changed The Way You Kissed Me’, Example brings his headline tour to the O2 Academy Brixton this month.

Rescheduled from March 2021, The Dandy Warhols are bringing their show to Camden’s beloved Roundhouse this month – expect all the classic hits such as ‘Bohemian Like You’ along with some of their newer material. Find out more here.

Now this one’s a biggie. Sporty Spice herself (AKA Mel C) returns to the stage with a headline gig at the O2 Shepherd’s Bush Empire. She’s got a new album out in October, so expect new material and plenty of solo hits including ‘Blame It On Me’, ‘I Turn To You’ and ‘Never Be The Same Again’.

Louisa Rose Allen, better known by her stage name Foxes, is back with a bang this year after the success of her 2014 album ‘Glorious’. Her third LP, ‘The Kick’, comes out on February 11, and she’s playing Islington Assembly Hall to show off her catchy tracks. Expect to be singing along to ‘Sister Ray’ come the end of the show. 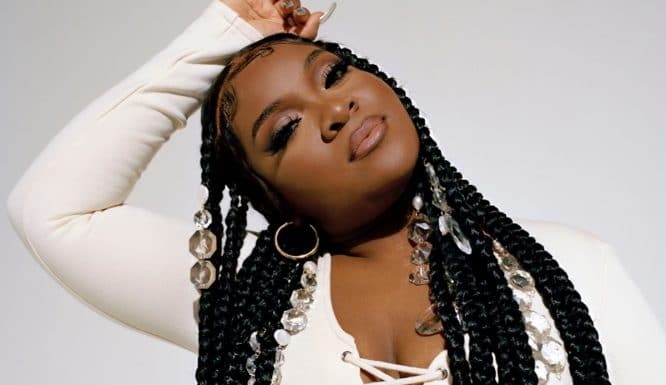 Known for her straight-talking lyrics, soulful vocals and collaborations with SG Lewis, Wretch 32, Giggs, Stefflon Don and Stormzy, South Londoner Ray BLK is a force to be reckoned with. She’s playing the Roundhouse and you can get your tickets here.

An up-and-comer on the UK Rap scene, Leicester native Sainté got his first viral hit with the track ‘Champagne Shots’, and since then he’s gone from strength to strength. He’s playing Hoxton Hall – for tickets, you can join the waiting list here.

Reforming for the postponed 15th anniversary of their smash album ‘Inside In/Inside Out’ – which featured the hits ‘Naive’, ‘She Moves In Her Own Way’ and ‘Ooh La’ – The Kooks take over the O2 Academy Brixton for a three nights of gigs in London. Join the waiting list here.

Rescheduling their shows from last year because – well, we all know why – Mercury Prize winners Wolf Alice bring three consecutive nights of Alt-Rock goodness at the Eventim Apollo in Hammersmith.

All-round party-starters Crazy P mark their 2022 return with a night of slinky underground Disco at the Metropolis strip club in Cambridge Heath. Better get those dance moves ready…

On a similar wavelength, DJ and Defected Records and Radio 1 DJ Monki brings the party to South London stalwart Brixton Jamm. Expect plenty of Disco and feel-good House to be playing all night.

Multi award-winning Aussie R&B singer Daniel Merriweather is back and playing the acclaimed OMEARA in London Bridge for one night only. Tickets are currently sold out, but you can join the waiting list here.

Winner of the Mercury Prize in 2019, an Ivor Novello and a number one album (‘Psychodrama’), British rapper and singer-songwriter Dave is kind of a big deal. No surprise then that he’s playing two gigs in London at the O2 Arena in Greenwich.

Indie-punk band Bears In Trees bring their a-game to Camden’s Electric Ballroom this February – expect them to play their back catalogue and new tracks from their 2021 album ‘and everybody else smiled back’. 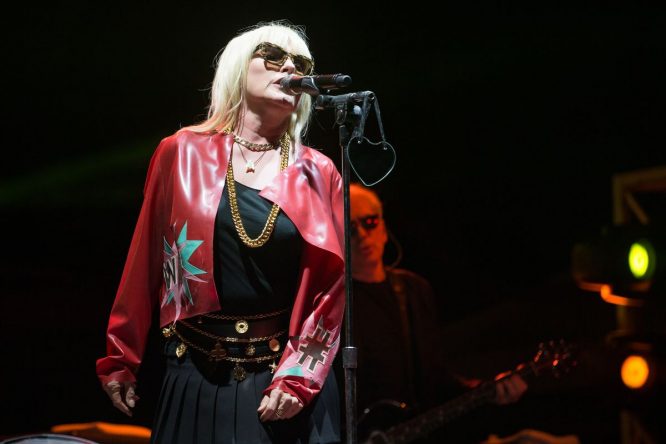 The legendary lead singer of Blondie, Debbie Harry brings her headline gig to the prestigious London Palladium on February 23. It’s an evening in conversation with, so expect her to give the story behind top hit ‘Heart of Glass’ (but of course) and much more.

Acclaimed DJ and producer Franky Wah will be spinning his epic dance tunes in Hackney’s famous EartH on Friday February 25. Buckle in for a night of his classics – including ‘Come Together’ and ‘Not In Love’ with LOWES – as well as a whole host of other material. Tickets are currently sold out, but you can join the waiting list here.

YouTube sensation, rapper and boxer KSI arrives into Wembley’s SSE Arena later this month for a night of all his hits, including ‘Houdini’, ‘Down Like That’ and ‘Don’t Play’ among many others.

To be honest, this band needs no introduction. Lead singer Pete Doherty made a name for himself way back in the noughties for all the wrong reasons, but The Libertines were top of their game for many years. Their self-titled album raced to number one, and after a hiatus, they returned in 2015 with ‘Anthems For Doomed Youth’ which made number three. They’re playing the O2 Forum in Kentish Town.

‘You’ve come a long, long way’ down this list, but lucky you have, and there are a couple more surprises in store for you. The first is the legendary DJ Fatboy Slim, who is playing a charity gig at Boxpark Croydon in aid of the Martlets Hospice. Get your rave gear ready. 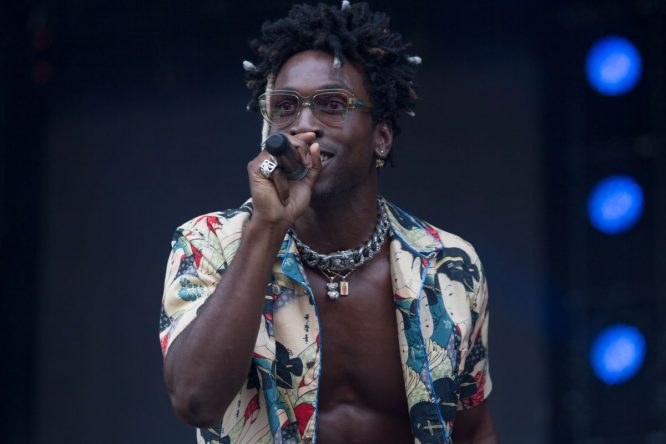 The second surprise in store is Guyanese-American rapper and songwriter Saint JHN, who is playing Brixton Electric on the last day of the month. Expect the singles ‘Roses’, ‘Reflex’ and ‘McDonalds Rich’ to play as well as a whole load of new stuff.

Rounding off this list of gigs in London you can’t miss during February is Sinead Hartnett, who’s playing the O2 Kentish Forum. She made her name collaborating with dance music giants Disclosure and Rudimental, and she’s also a whole host of her own smash hits in her back catalogue.