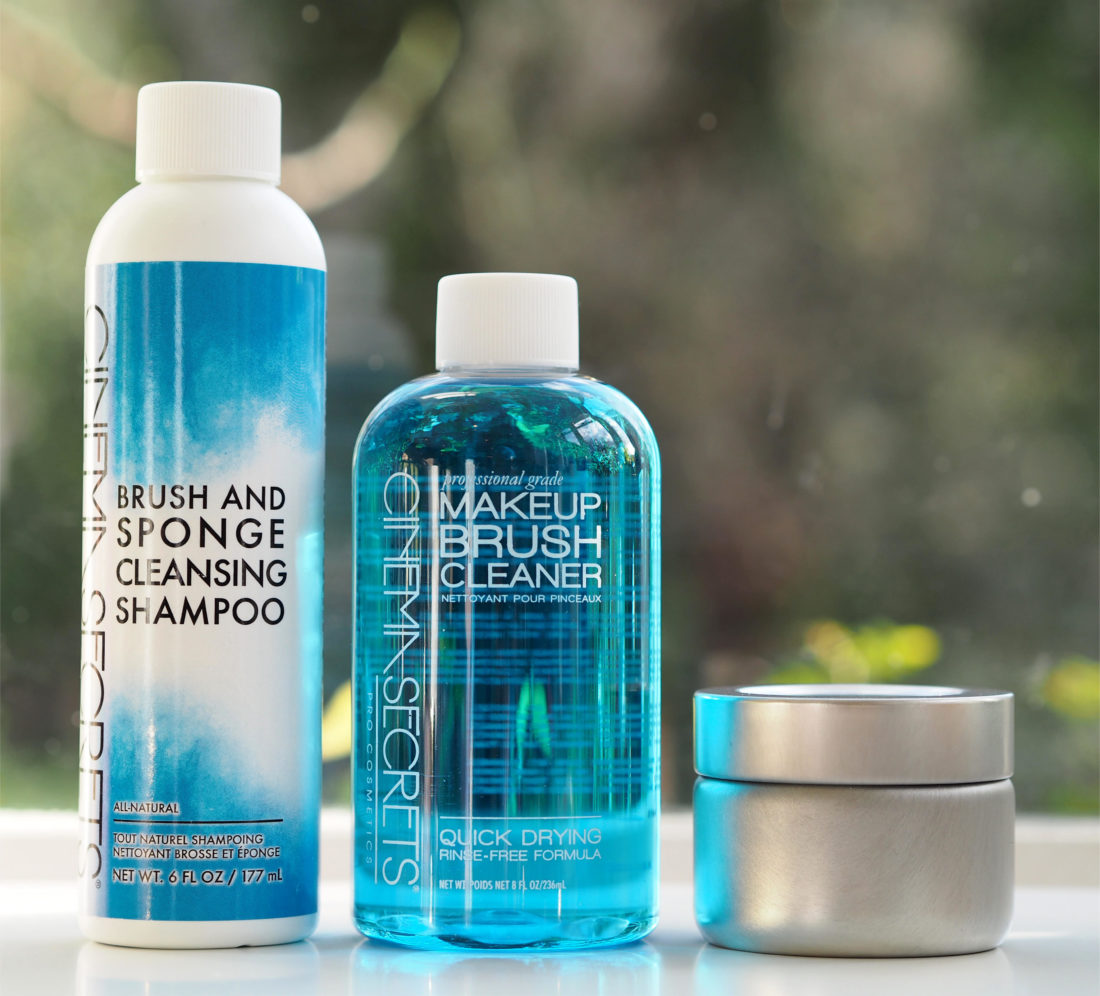 [unpaid/sample/affiliate/ad] If anyone remembers the ‘oven glove of shame’ from my Periscope and You Tube days, I’ve got another shame to add to the list – my make up brush of shame. I’ve recommended Clinique’s Foundation Brush so many times and will continue to do so because it’s such a versatile and easy tool HERE and even though I’ve got two on the go at the moment, I’m almost certainly not cleaning them as much as I should be. I use them for foundation, tinted moisturiser, cream/gel blush and cream highlight – oh, and cream bronzer too – and to be honest, not much cleaning goes on in between. So, I kind of knew that the shame would be evident!

I’m getting this picture out of the way quickly! I was sent some Cinema Secrets Brush Cleaner which is sold out almost everywhere after having a viral moment on TikTok. It’s using Isoparaffin, a synthetic hydrocarbon solvent so be prepared for strong smell, to breakdown the oils and waxes that get caught in the brush.

Oh my, though! It absolutely cuts through the gunk – and therefore any bacteria being harboured, and I can’t kid myself there… if there is residue there is bacteria. I was sent the bottle and the tin as a set and I’d recommend that because you can swirl it about nicely to speed up the process and when you see what comes away you probably won’t want to sacrifice a bowl!  The liquid is quick drying – because the chemicals evaporate fast, meaning you can clean then use your freshened brush moments later. I’ve read some reviews that mention their brushes felt dry afterwards but mine really didn’t – there’s an initial stiffness that disappears almost as soon as you start to use your brush again.

There’s also a brush shampoo which you can use afterwards or instead if you want to – but equally I think you can use some mild washing up liquid or hand soap for that.  I’m not surprised its such an efficient system because primarily it’s aimed at make up artists and professionals (who swear by it, by the way). It’s a big recommend for anyone who doesn’t enjoy the laborious brush cleaning process (although it can be a very satisfying way to spend half an hour). You can find the set HERE for £24. Non-affiliate link is HERE.

Ask Grace: How Can I Stop My Tan From Going Patchy?

Ask Grace: How Can I Stop My Tan From Going Patchy?