The Museum of London has welcomed over 21 million visitors through its doors since it opened in 1976, housing a plethora of fascinating sights from trade exhibitions to a Sherlock Holmes display to the inflatable baby Trump. And the best part about the Museum Of London? It’s completely free to visit.

Sadly, we won’t have the museum in its London Wall home for much longer — in December it’ll close its doors to the public for the last time. But do not fret, museum lovers. This move is only temporary, and The Museum Of London The London Museum will be back at a new home and with a new name. 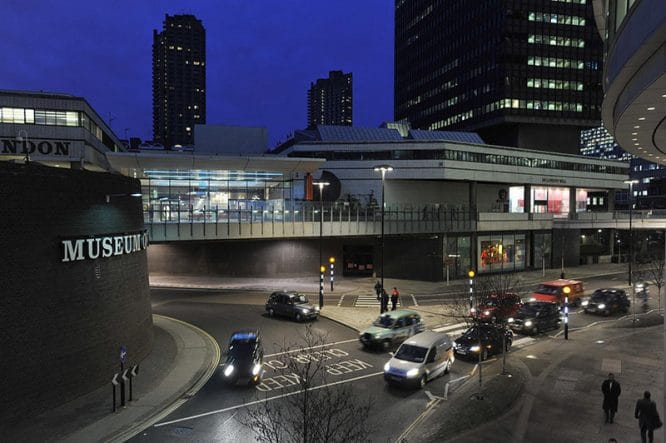 Relocating to the old market buildings in Smithfield will come at a cost (on top of the multi-millions), with the new site not expected to be open until 2026. However, the sister site in Canary Wharf will be open throughout this wait, and will enjoy a name change of its own from January 2023: London Museum Docklands.

Once open, however, the new building will be able to take advantage of the increased capacity and show off more of their hefty collection. This is currently not possible due to a lack of space at the London Wall site. Plenty of their current exhibitions will be on show at Smithfields — you’ll be able to sleep easy knowing that Baby Trump will still be there to pay a visit every now and then.

A spokesperson for the museum has also said the building will “open early and close late reflecting London’s position as a 24-hour global city”, and feature extended opening hours on Fridays and Saturdays.

Prior to its opening, a festival “curated by Londoners” is expected to take place in 2025, which will offer the very first look at the new site and the market buildings around it. Plus, the London Wall site won’t go out without a party, and have a series of celebrations in store later this year.

Head to the Museum Of London before December 2022, or else you’ll be in for a long wait! Find it at 150 London Wall, Barbican, EC2Y 5HN (nearest station is Barbican).