London Is Getting A Rather Swish New Food Hall This Spring

You can’t really fault the Market Halls team for their ambition, can you? Having opened three food halls in quick succession pre-pandemic – in Fulham (since closed), Victoria, and the UK’s largest food hall, Market Hall Oxford Street – they swiftly announced plans for a fourth in Canary Wharf. That, unfortunately, fell by the wayside as the England lockdowns hit, but with the nation transitioning towards living with Covid, their eastern outpost is back on the menu – with Market Halls Canary Wharf Cargo set to open at the end of March.

The name might be a bit of a mouthful – it combines the Market Halls brand, the neighbourhood, and Cargo, which denotes the leisure and office space the food hall is housed in – but rumour has it there’ll be more than a mouthful of delicious food inside too. The likes of Gopal’s Corner (from the minds behind Euston cult restaurant Roti King), DF Tacos, and BaoziInn will have a presence here, much as they do at the Victoria site, whilst newbies such as Le Bab, Pasta Evangelists, and Inamo Sukoshi are scheduled to join the lineup. We’re being promised more announcements as the opening date inches closer, so stay tuned for those… 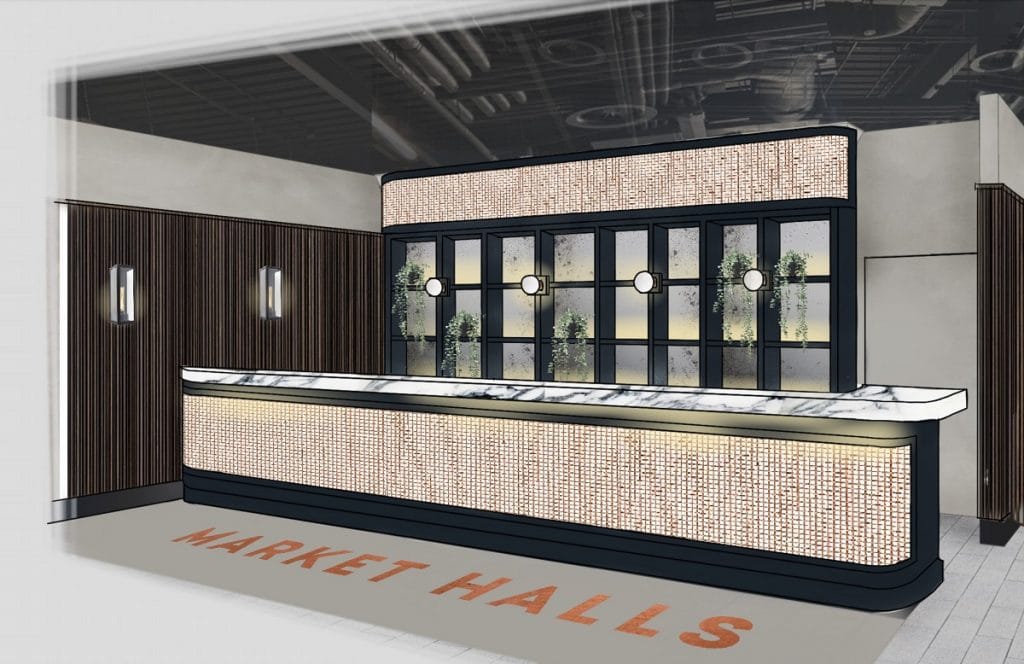 Canary Wharf will be pretty blessed with food halls when Market Halls Canary Wharf Cargo pitches up towards the end of March 2022, as it’ll join the Pergola outpost at Crossrail Place Roof Garden. I don’t know about you, but I’m rather looking forward to a future in which we can’t move for delicious street food halls. We might even be able to catch the Elizabeth line there, if works are completed this year as planned – now wouldn’t that be a lovely prospect?