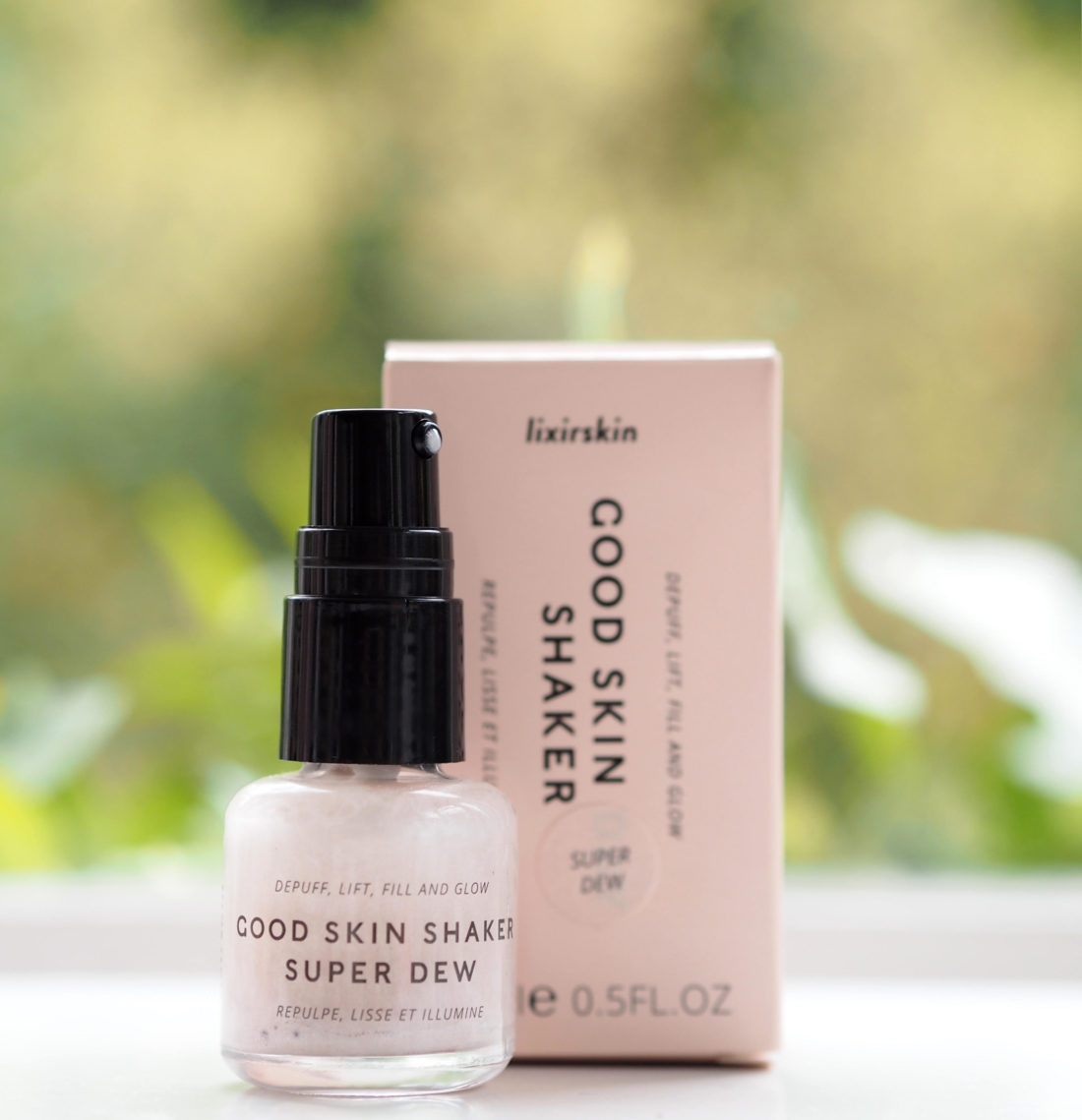 [unpaid/sample] Somehow Lixirskin seems to fly under the radar and yet I haven’t had a poor product ever from this brand. I’ve been testing out the Good Skin Shaker Super Dew which is a kind of de-puffing, smoothing product that you can use over or under make up.

If you don’t have any puffiness or need of skin smoothing this product isn’t for you – in fact I have a vague memory of using the original version and thinking that the effect was minimal and now I understand, being somewhat puffy this morning, that if you have nothing to respond, it’s not going to seem as effective. You can think of it as maybe like a flash balm or perker upper – it just does ‘something’ that cheers up the complexion enough for you to think you’re having a good skin day but not so much that things look stiff or odd. I haven’t tried it over make up but you can reapply if you want to over whatever you’re wearing. Personally, I think it’s better for bare skin days when you just want to look extra natural and fresh.

You can see some iridescence in the formula – that has a low key light bounce effect with the main action coming from the components of the bi-phase liquid. You need to shake it to mix the two (clue is in the name!). So, to explain the ingredients properly I’m taking directly from the Lixirskin site (I’ve never wished for a cosmetic science degree more than I do today – is it just me or are we getting past the layman understanding point in beauty?) because I am not sure I can unpick it adequately. The juice uses hyaluronans – “Hyaluronans are Sodium Hyaluronate fractions derived from biotechnologies to mimic the way they are organised in the skin” and that’s the part that helps to smooth while giving a micro circulation boost to depuff. The second part is “perfluorocarbons gas carriers that retain oxygen to boost cell respiration and radiance, increase epidermal volume and help reduce contraction of innervated muscle cells”. In other words, will fill lines. I found this effect minimal but present in general smoothing. So, the upshot is that my skin looked better with Lixirskin Good Skin Shaker than without it but I would save its use for ‘natural’ days to get the full benefit. It’s at Victoria Health HERE for £36.