A Harry Kane Exhibition Will Open At The Museum Of London

London has a rich history with the beautiful game, currently boasting 13 professional football clubs. It may well be the case, factually, that Arsenal are the most decorated team in this city, but it’s a player from their north London neighbours, Tottenham Hotspur, that is set to be celebrated with a display at the Museum Of London.

Right now, he’s the captain of England and led the country to their first final at a major tournament since 1966, so it’s no surprise that it’s Harry Kane who is being lauded with the honour. 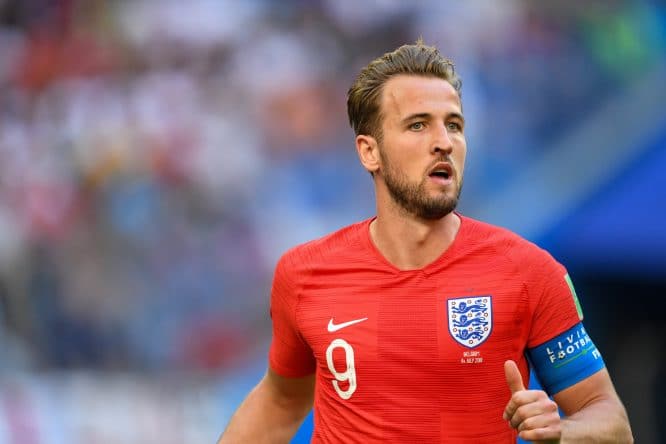 Harry Kane: I Want To Play Football goes on display from May 21, showcasing a hefty collection of memorabilia from the footballer, who grew up in Chingford. These include the England shirt he wore on his debut against Lithuania, in which he scored just 80 seconds after coming on in place of Wayne Rooney; as well as jerseys from his spells at Millwall, Leyton Orient and, of course, Tottenham.

Exhibition Curator Zeynep Kuşsan said: “Harry Kane grew up in London, and worked his way through grassroots football. It’s important to highlight this story and how important work is at grassroots.

“With the women’s Euros and World Cup coming up, this is a fantastic opportunity to learn more about a player that has risen through London’s grassroots football and what it takes to play at the highest level of the game.”

Fans will also be able to check out the captain’s armband he wore and the golden boot he won at the 2018 World Cup, when England just missed out on the final in an agonising defeat to Croatia in the semi-final.

Plus, visitors can also expect an interactive experience in the form of a recreated changing room blasting out his pre-match playlist and finding out about his journey from youth clubs in east London to the top of the game.

Speaking about the exhibition, Harry Kane said: “The Museum of London got in touch and wanted a Londoner to inspire young children to be their best so I am delighted to have all my memorabilia on show, with trophies, shirts, golden boots and some personal pieces which haven’t been seen publicly before.

“I’ve got three kids now so I know how important it is to inspire the younger generation and help them understand how far you can go with hard work, dedication and self-belief.

“The display runs until the World Cup and is free to enter so I’d encourage everyone to go down and see it if they have the chance. There are some really special items in there – from my World Cup golden boot and MBE to the shirt and armband from my first game as England captain – which mean a lot to me.”

This news drops just days before a top-four clash between Spurs and Arsenal, in which Harry Kane is expected to feature. Are the curators trying to sway the result one way, or tempt fate? Hard to tell, but, either way, the Harry Kane: I Want To Play Football exhibition will be on display from May 21 until December, and is free to visit. It will be one of the final displays at the museum before it closes ahead of a move to their new site.