Bounce is London’s bouncy pair of razzle-dazzle ping-pong venues, with venues in both Farringdon and Old Street. Inside each of these quirky bars, you’ll find a distinctly modern space with food, cocktails, and ping-pong tables aplenty. This isn’t your teenage youth club, for sure, especially since Bounce have also made use of some nifty tech to table tennis into an epic night out for you and the squad!

Bounce’s embrace of the historic pastime is born of a genuine passion for the game. The Farringdon branch is situated on the very same site that the sport was first invented in 1901, for example. And taking pride of place inside are ping pong tables originally used in the London 2012 Olympics. Grab a paddle and feel the weight of sporting history… 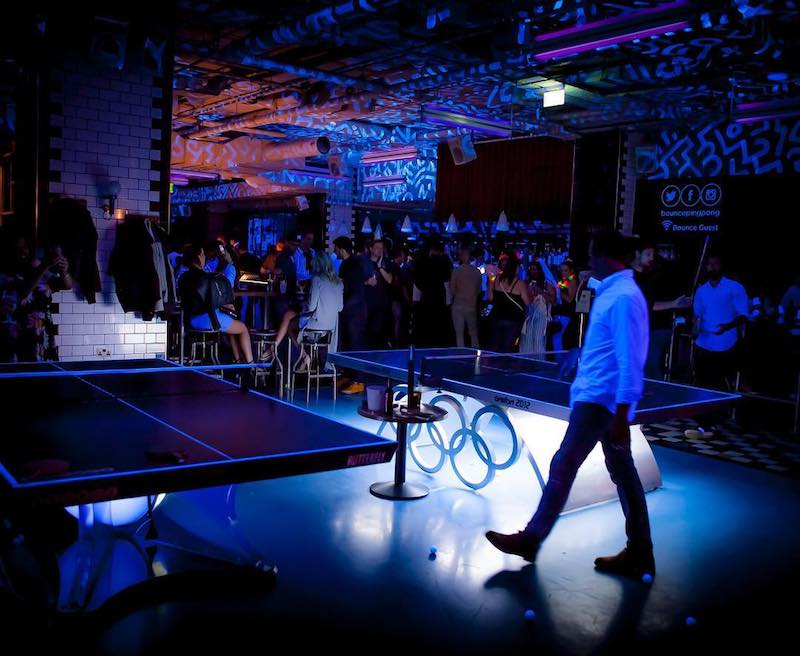 Nor have Bounce been content to rely on the game’s noble heritage. In 2017, they revealed the marvellous next step in table-tennis history: WONDERBALL. Like Tron and ping-pong had a game-baby, this augmented-reality, projection-mapping, 3D-scanning immersive ball-hitting experience, features targets and objectives displayed on the surface in real time. It’s a whole new challenge for the expert paddle-smasher, and dare we say it might just be the future of the game?

Other variations on the classic ping pong experience include Bounce’s fulsome embrace of the queen of house party games: beer pong. As with Wonderball, it’s been zhushed up with some bells and whistles, but the premise remains the same – if you drain the shot, your opponent drains their cup. Elsewhere, Bounce is home to shuffleboard, so if you’re not having much luck with the paddles, you can thrash your mates here and save some face.

The Bounce kitchens fuel the sporting with a relaxed menu of gourmet pizzas, nachos, and other tasty hunger-fighters. The bar, meanwhile, boasts no fewer than 42 gins and a quirky cocktail list (the Ping Star Martini and No Lychee, No Likey are early Secret London faves). Your thirst slaked, guaranteed. Finally, there’s the de rigueur offering for any competitive socialising venue worth its salt: bottomless brunch. This one’s got bottomless Prosecco and beer, endless slices of pizza, and all the ping pong you can fit into an afternoon. 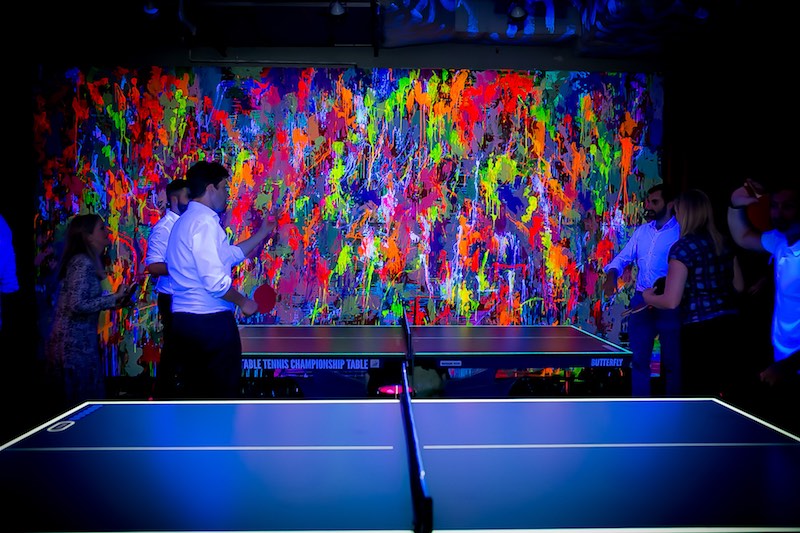 The rest of the time, Bounce are well prepped for all kinds of party shenanigans – groups of six or more can book a table in advance, and both venues have exclusive areas and private rooms for larger groups. You can even call upon a Games Guru to keep things moving, run a tournament and ratchet up the competitive tension.

Oh, and Bounce aren’t done yet, because plans are in the works for a new opening at Battersea Power Station very soon, taking the ping pong madness south of the river for the first time. We’ll keep you updated with news of the opening, but in the meantime… Your serve!

Ping pong from £6 per person, shuffleboard from £5pp, bottomless brunch from £35pp.

Ping pong from £6 per person, shuffleboard from £5pp, bottomless brunch from £35pp.