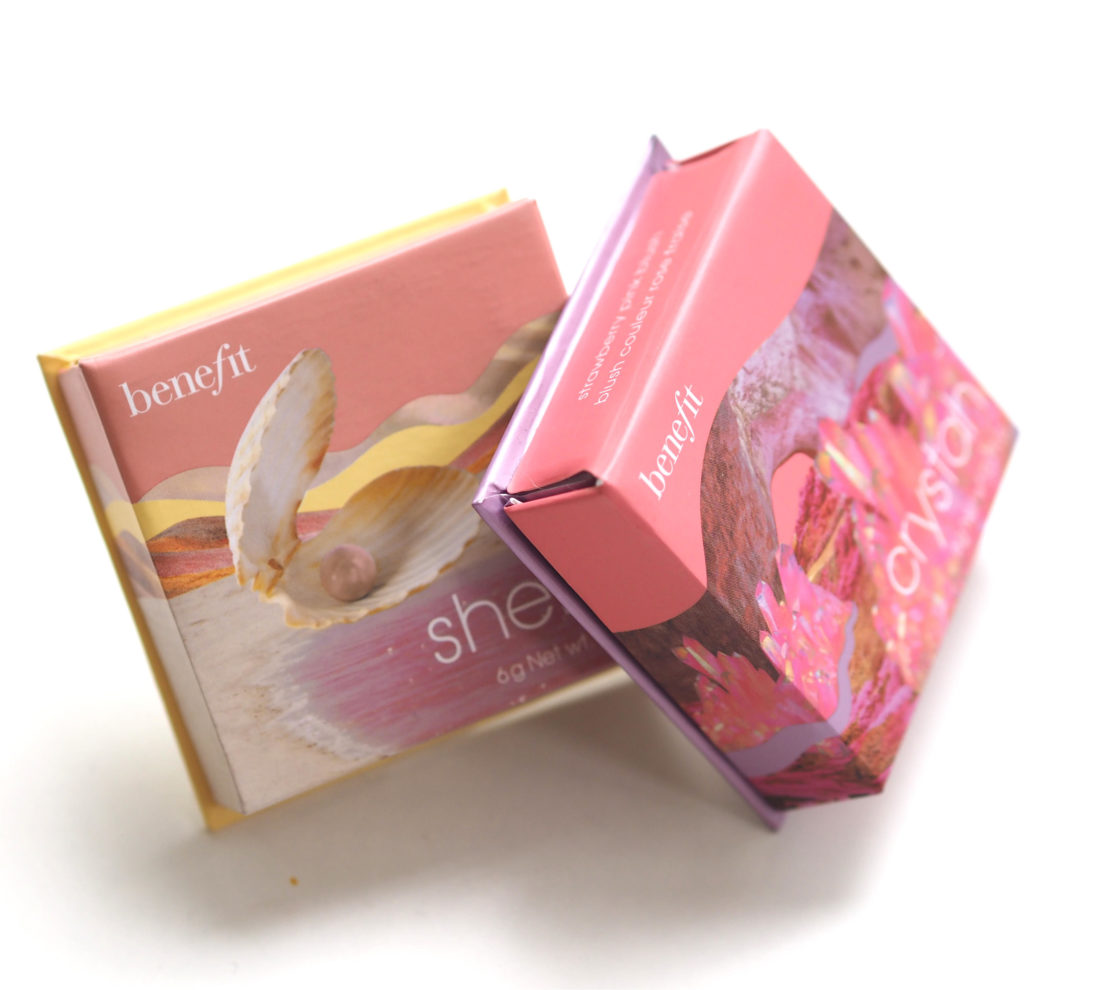 [unpaid/sample/affiliate/ad] I’ve purposely chosen the minis of the new Benefit Blushes to feature today because they’re so highly pigmented that I think it would take almost forever to use up – it’s the more budget friendly option as well because we can all be fickle – today’s favourite blush is tomorrow’s wonder-why-I-bought-it.

I remember seeing Dandelion for the first time and falling absolutely in love with it – I think it was around 2012 when blush just came in shiny black compacts so the packaging was very different for the time. Dandelion has been kept but most, if not all, the other shades have been revamped and I’ve picked out Shellie and Crystah to review.

Shellie is a coral-ish pink – it’s a warm tone with a very slight shimmer to it. It’s good for those who don’t want light-up cheeks because the amount you need to use prevents twinkle overload – you need to do the lightest sweep you can because it’s so much easier to add more rather than take away too much. If you have a very light, fluffy brush, use that. Powder blush can be a bit droppy so the pick-up is important. Crystah has a touch of strawberry, and I think more shimmer than Shellie, but it’s the more extrovert of the two. I can see that when my tone has warmed up a bit it will be a very positive pop of colour but the same go-lightly rule applies. I love that these come in mini sizes and at £15 each I feel that’s very reasonable.

The bottom swatch is Shellie and the top is Crystah.

This is Shellie (lips are Lanolips pink). I will almost always choose creme blush over powder but these are really so, so light feeling that they feel completely at home on my skin. I think they’ll be great on brighter days just to enliven the face and bring some brightness. You can find them Shellie HERE and Crystah HERE. I’m directing you to Cloud 10 Beauty because they have some good deals on sun products as well.