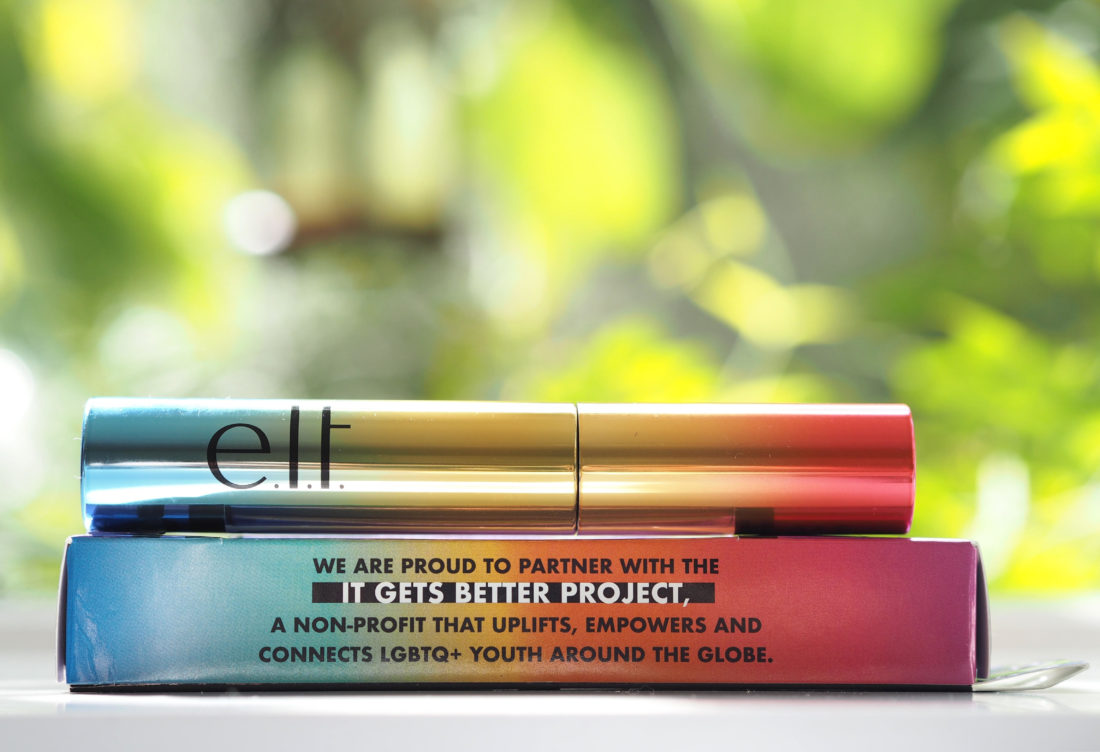 [unpaid/sample/affiliate/ad] Elf’s Big Mood Mascara already has a huge fan base – it’s not for me on the grounds of the huge brush – but this limited edition is supporting the non-profit It Gets Better Project. It’s based in the US but has outposts across the world and exists to support LGBTQ+ youth.  It reaches millions of young people through media, educational resources and international affiliates. One of the things I found extremely helpful is their glossary section HERE – I think it’s natural to get confused between such terms as gender identity and gender expression, particularly for my generation and older and it’s a fluid language that moves and changes quite quickly so I’m (sort of) up to date.

London Pride starts officially in July. So, to the mascara, which I think I have featured before. If you like a fat brush this is 100% for you! It’s huge and it comes out of the tube fully loaded so you will probably get away with just the one coat although the temptation to keep going is real.

I’ve checked the stats on this and 97% of participants who tested this said they saw bigger and bolder lashes from using this but that’s not what’s interesting – it’s the 3% who clearly didn’t that I’m so curious about! I mean, how? That seems impossible to me. But, 100% saw instant volume and 100% saw lengthening so I’m just guessing that somehow they didn’t understand the question! Anyway, this is a great mascara if big brushes and lots of volume are your thing. 100% of the proceeds from the £8 price goes to It Gets Better. Big Mood is HERE.