Cocktails In The City is back for summer 2022, ready to woo you with a long weekend of fun games, a beautiful setting and, of course, cocktails aplenty from London’s leading bars. The festival-style event will grace Bloomsbury’s gorgeously green Bedford Square Gardens – London’s largest private Georgian gardens – for the first time this summer on July 7–9, with a series of charming popups. August and September dates are also available.

On the weekend, there’s much to enjoy: whether you opt for an afternoon or evening session, you can expect cocktail tastings, cocktail-making classes, music and street food, plus activities such as shuffle boarding, ice carving and even a silent disco. Tickets are just £20pp, which includes a choice of welcome cocktail, while additional drinks are just £8.50 – not a price you see often in our dear city, hey? If you’ve not yet done so, grab your ticket here, then read on to find out what brands you can expect to see popping up. 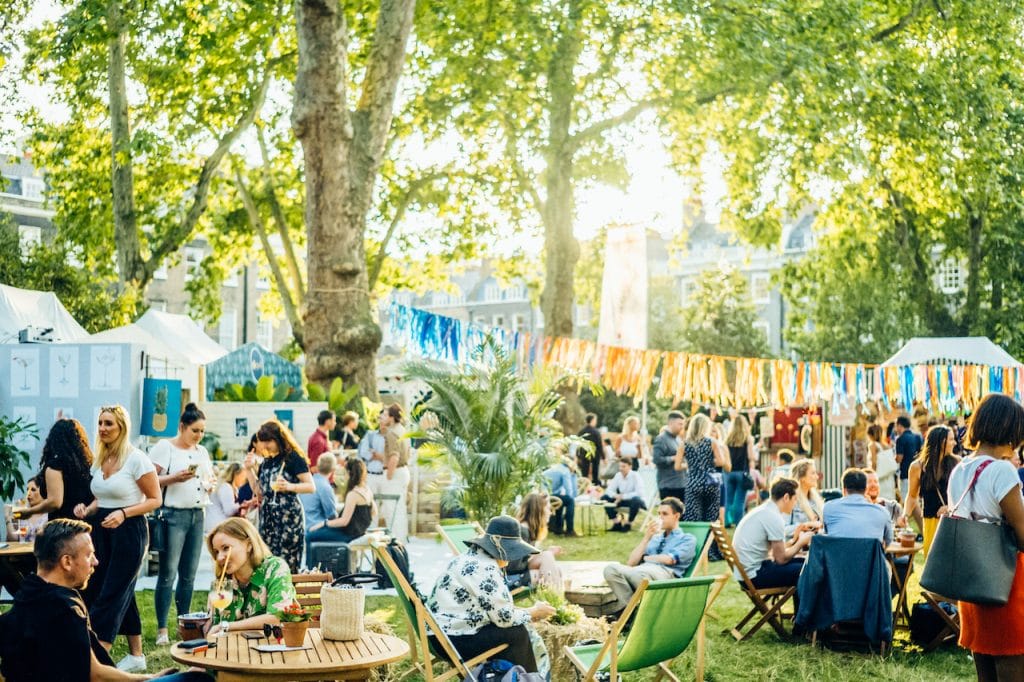 This almost hidden Soho bar will be very easy to find at Cocktails In The City, with its popup among the others in the private gardens. The Blind Pig is the brainchild of Michelin-starred chef Jason Atherton, and the bar follows the similar fancy yet playful approach as his restaurants.

Set just south of the river in Southwark, cocktail bar and restaurant Boiler & Company are all about expecting the unexpected. Their cocktails are crafted by award-winning mixologists who also work with the restaurant’s chefs to create  tasting menus of innovative drink and small plate pairings.

The quirky late-night bar Bourne & Hollingsworth will be popping up at Cocktails In The City, just five minutes from their Fitzrovia home. Expect cool garnishes, house specials and classics.

Covent Garden stalwart, Cafe Pacifico, are best known for their magnificent margaritas and tequila bar (alongside their delicious food too); you’ll be able to sample their zingy concoctions at the festival.

Having earned themselves a spot in the Top 50 Cocktail Bars this year, Callooh Callay will be bringing their award-winning (and hilariously named, in some cases) cocktails to Cocktails In The City this July.

This French-inspired cocktail bar focuses on simple, classic cocktails made with high-quality ingredients. Coupette also offer a range of calvados – a French brandy, produced in Normandy, made from apples or pears.

Disrepute may be a luxury members’ club in Soho, but at Cocktails In The City, you’ll be able to try their array of fine cocktails with your standard entry ticket.

Peckham cocktail bar, Funkidory, is lauded for its fantastic hospitality and premium cocktails. The team will bring their good vibes north of the river for July’s Cocktails In The City.

Situated in Mimi’s Hotel in Soho, Henson’s Bar and Social holds its own away from the hotel. Expect unique cocktail combinations alongside the classics at this popup.

Laidback Irish hospitality is the name of the game at Homeboy Bars. Having previously worked with another Cocktails In The City vendor (Callooh Callay), Irish duo Aaron Wall and Ciarán Smith present their first bar.

Beauty salon and cocktail bar Iris Avenue are the ultimate in indulgence. We’re talking gin and tonic with a side of gel manicure or a massage, please. While the team will be purely presenting their cocktails at their popup, they’re definitely one to check out for an afternoon of pampering when you’re next near Goodge Street.

Laki Kane brings tropical vibes to Islington, with Pan-Asian cuisine, bottomless brunches and a modern spin on the tiki bar experience. At Cocktails In The City, you’ll be able to sample Lani Kane’s colourful cocktails and be transported to a hot climate (if only in mind).

Latin American-inspired cocktails lead the charge at Lost in Brixton, a rooftop bar in Brixton. Fruity mixers, like watermelon, mango and passionfruit, come together with tart spirits to make deliciously refreshing drinks.

Point Cocktails started out five years ago as a mobile bar and, today, collaborate with some of the best bars and restaurants in the city.

Specialising in low-alcohol beers, the Small Beer Company will bring their lagers, IPAs and pale ales to the festival. A refreshing alternative to the cocktails – or, some might say, a good palette cleanser in between different ones!

Award-winning Strongman’s Tipple create delicious cocktails in Bermondsey, specifically for home delivery. However, this July, you’ll need to go to them (well, their popup) to grab your cocktails.

17. The Mezzanine at The Stratford

Served in the five-star Stratford Hotel, The Mezzanine at The Stratford‘s world-class cocktails feature modern techniques applied to familiar classics. The drinks on offer here are inspired by the New York cocktail scene between 1930 and 1960.

East London-based TT Liquor is a shop and bar that also offers cocktail-making classes. Cocktails are themed; you can find out the team’s theme of choice at Cocktails In The City by heading over to their popup at the July event.

Technically not a cocktail bar, but most definitely worth a mention: London Shuffle Club will be at Cocktails In The City this July, quenching guests’ thirst for competition. As well as cocktails, the team will be providing the opportunity for some head-to-head competition, with rounds of shuffleboarding. 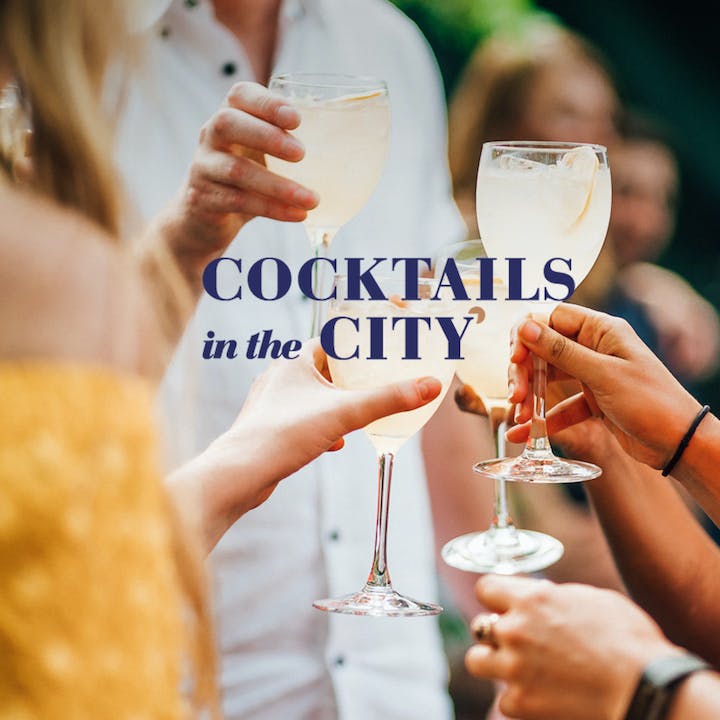