Pride in London‘s month-long Pride Festival culminates with this weekend’s Pride Parade, with up to one and a half million people expected to descend on the West End. It’s a chance to celebrate all the forms love, sexuality and gender take in London, to continue to fight against the issues that LGBTQ+ people still face in our city, and to express solidarity with LGBTQ+ communities around the world. Pride 2022 is a big one for the UK: it celebrates the fiftieth anniversary of the first UK Pride way back in 1972. We’ve come a long way in 50 years, but there’s still a ways to go – and a huge, joyous parade is an excellent reminder of that!

When is the Pride parade in London? 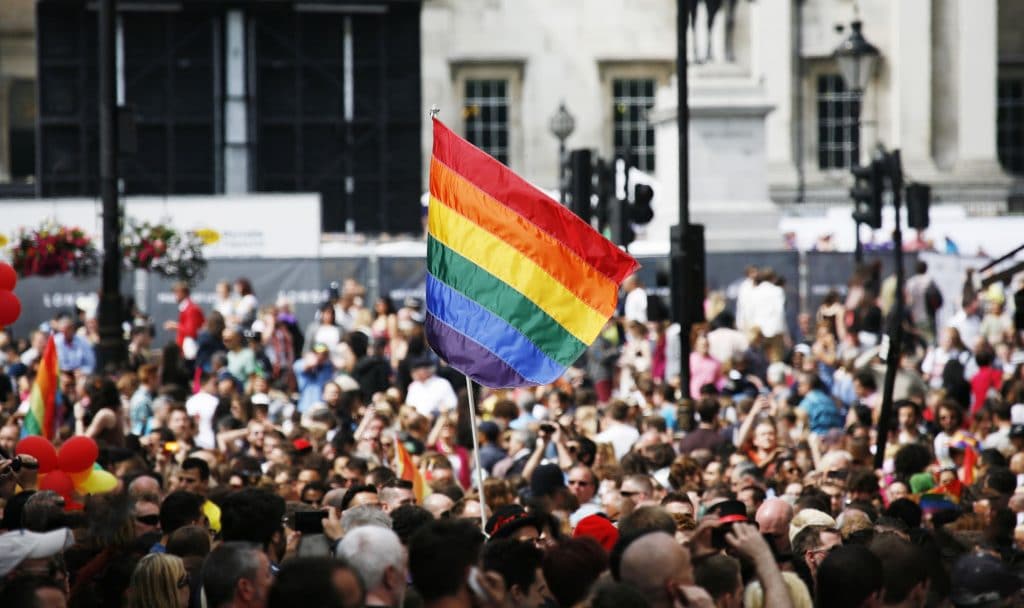 The Pride In London Parade 2022 kicks off at midday sharp, on Saturday, July 2. There are over 30,000 participants from 600 different groups, making it the biggest and most diverse Pride in London’s history. It also means there’ll be a massive six hours of paradin’, from when the first group sets off, to when the final group arrives at its destination.

Where is the Pride in London parade route?

The Pride Parade route is a little different this year – being the 50th anniversary of the first Pride, this year’s parade will follow the original route. The march begins at Hyde Park Corner (though the form-up will stretch all along the western edge of Hyde Park up to Marble Arch), before setting off along Piccadilly towards Piccadilly Circus. From there, the parade will hang a right turn down Haymarket, cross Cockspur Street, and arrive at Trafalgar Square, before dispersing on Whitehall.

Is there a Pride Parade route map?

Where can I watch the Pride in London parade?

Designated viewing areas are in place all along the parade route, so if you’re hoping to spot a pal marching in the parade – or just want to wave a rainbow flag in support – you’ll find plenty of spots to watch the march.

What else is happening at Pride In London 2022?

There are four free, fun-filled stages in the West End offering entertainment galore from midday through to the evening.

The main stage in Trafalgar Square will be hosting A Lot of performances, including headliner Ava Max to close the show. Before that, this is also the place to catch Emeli Sandé, Samantha Mumba, Eurovision 2018 winner Netta, and actress and singer Kat Graham.

Finally, across the Golden Square and Dean Street stages in Soho, you’ll be able to enjoy a mix of drag stars, West End performances, and more. Drag Race icons The Vivienne, Lawrence Chaney, Tia Kofi, and Victoria Scone are all appearing, whilst there will also be performances from the London Gay Big Band, the cast of & Juliet, Cat Burns and Ariōn (who also featured at Pride’s Proud & Loud concert at the Royal Albert Hall), and Cedric Neal and Matt Willis from Kinky Boots. See the full lineup of performers here!

How can I support Pride in London?

Whether you’re a member of the LGBTQ+ community, a proud ally, or a casual passerby who’d like to lend your support, there are loads of ways to get involved. That could involve taking part in grassroots action, fundraising for LGBTQ+ causes, donating some of your hard-earned, or simply buying some merch from the Pride in London shop. Check out the website for more!