Forget ‘Around The World In 80 Days’. In London, you can get a taste of whole host of worldly attractions in as little as 48 hours… well, kind of. Our city is abuzz with great alternatives for global sightseeing, which let’s be honest, has been ideal given the last 18 months. Anyone remember that scene from the 2011 rom-com, New Year’s Eve, when Michelle Pfeiffer’s character, Ingrid, wants to visit Bali in a day, and Zac Efron’s character has to be creative to fulfil that wish? If the film were set here, Ingrid could have added a range of international cities to her list, thanks to all the lookalike locations in London.

If you can’t hop on a plane to see one of the new Seven Wonders of the World, BAPS Shri Swaminarayan Mandir – also known as Neasden Temple – is a stunning alternative, located in west London. Although the buildings primarily celebrate different faiths (the Taj Mahal houses a mosque, while Neasden Temple has been described as Britain’s first authentic Hindu temple), they both welcome visitors into their beautifully designed buildings.

France may be just across the channel, but why leave the country when you can stay within the M25? Mayfield Lavender Farm offers 25 acres of lavender fields in Surrey, bordering Greater London. Not only is it an ideal setting for your next Insta-shoot, but there is a gift shop and cafe on site too, selling an array of lavender products. Be aware though, the farm is only open during the spring and summer months. Read all about Mayfield Lavender farm here.

Pizza and pasta is great and everything, but come winter, nothing beats a pie and pint in a pub – something you can enjoy canalside in Little Venice. Surrounded by lush greenery in the summer, and pretty oranges in the colder months, there’s plenty to do in the part of London: you can hire a boat, watch a puppet show or even have a laugh at nearby comedy cafe. Oh, and there’s even a fun game you can partake in along the way, checking out all the nooks and crannies of the area such as the Rembrandt Garden and the Clifton Nursery. Check our our list of top things to do in the area here.

Darling Harbour in Sydney offers a hub of restaurants, entertainment venues and water-side views. However, you can swap a 24-hour flight for a quick ride on the Jubilee line, and spend some time relaxing between city and water at Canary Wharf instead. While both locations offer fabulous views of Sydney and London’s Central Business Districts respectively, Canary Wharf is also home to an ice rink during the winter.

The Trevi Fountain in Rome may be bigger, but Trafalgar Square has two fountains, plus Nelson’s Column and The National Gallery. Also, the square shines bright with a tree donated from Oslo at Christmas, so you’ll also getting to see a little of Norway too, if you opt for the London lookalike.

Okay, so technically, one is a tourist attraction that you can ascend and enjoy views over the city from, and the other is a telecommunications tower… However, if you haven’t snapped a pic at Crystal Palace Park and made a joke about the two towers’ resemblance, you’ve not lived. Aside from a joke photo with the tower, there is plenty to do in Crystal Palace Park, including seeing the dinosaurs, visiting farm animals and orienteering around the maze.

For these next few, we’ll admit that they don’t look strictly just like their counterparts, but rather have the potential to invoke the feeling of being abroad, even if just for a fleeting moment. These experiences could be a godsend for the soul this summer if you don’t manage to get abroad for a holiday. You’ll see what we mean… 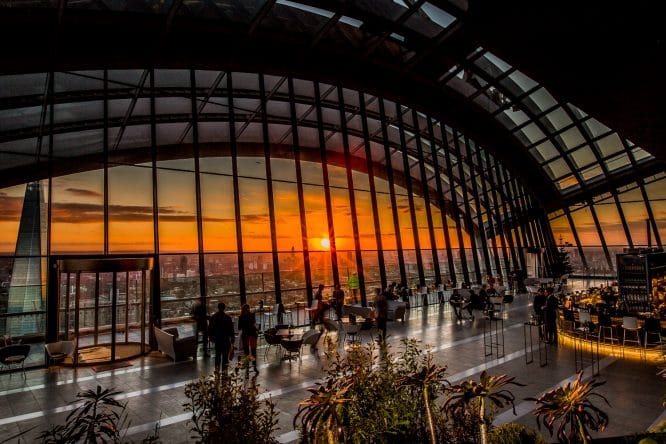 Pulsing anthems, colourful drinks and an free-spirited atmosphere can all be found in the clubs of Ibiza, sure. But, if you can’t make it out to your favourite party spot this summer, never fear. You’ll find what you need at London’s beloved Sky Garden, pairing a striking view of the skyline with the hallmarks of a bouncing night out. Find out all you need to know right here. 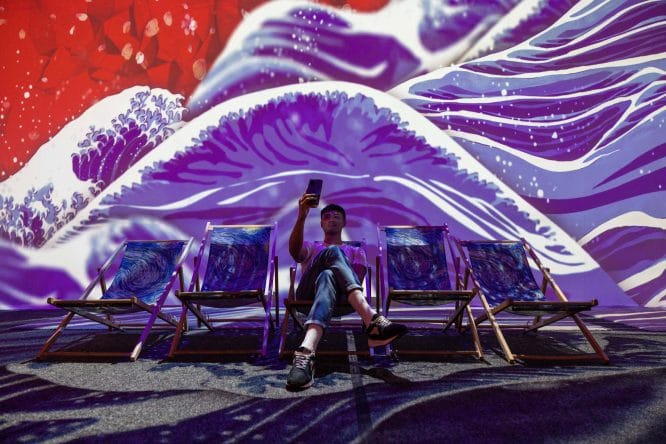 Take an unrivalled trip through Van Gogh’s life work, which took him through his native Netherlands to Belgium to France, creating the cherished post-impressionist paintings that we know him for. Follow him in this experience, take yourself out of London and into his unrelenting, cacophonous but ultimately fascinating world of art. Read more about the experience here.

9. Tuck into rum punch and Caribbean food at these bottomless brunches

London is filled with some truly brilliant spots to munch down on Caribbean food (check out Ochi in Shepherd’s Bush and thank us later), and some of these offer a bottomless experience. Gorge down on some delightful jerk chicken, jackfruit dumplings, or go yam (sorry) on the rum punch. Then close your eyes and imagine you’re sitting on a golden beach. Best case scenario, you feel swept up in it all for a second; worst case, you still got some beautiful food and a healthy share of fruity rum punch. Win-win. Check out this bottomless brunch from Ma Petitie Jamaica and their vegan alternative to get you started!

Tickets Are Now On Sale For This Year’s ‘Harry Potter: A Forbidden Forest Experience’

Tickets Are Now On Sale For This Year’s ‘Harry Potter: A Forbidden Forest Experience’