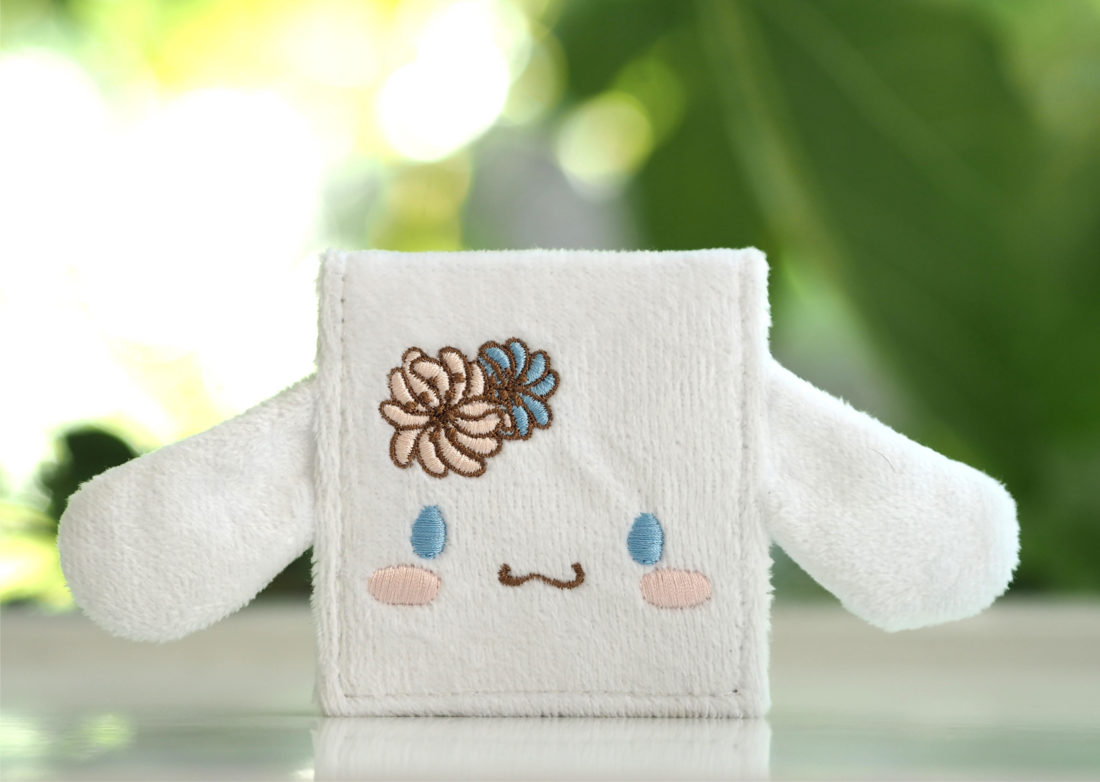 [unpaid/sample] For the distinctly un-cute reason of trademarking, Cinnamoroll started life as Cinnamon, created for San Rio (same stable as Hello Kitty) by Miyuki Okumura in 2001. By 2007 the puppy was so popular that he was renamed Cinnamoroll to overcome overseas trademarking issues but the origin of his name is that his tail resembles a cinnamon roll. In Japan, his home, he is known as Shinamorōru. Which ever way you want to name him, all you need to know about him is that he is a good boy who uses his ears to fly.

If you remember, Paul & Joe cosmetics are made in Japan by the same brand that make for Anna Sui and Les Merveilleuses de Laduree. It seems a very natural fit that Nounette and Gypsy team up with Cinnamon for an anniversary collection that’s deliciously cute and endearing. Not for you if like your beauty served straight up with no fluff but you can imagine how thrilled I was when it arrived in the post!

The refill cases (front and back of the photo) can be filled with existing blush or shadow and brow duos. They just slot right in. Mainly, what’s new for this collection is the cases which are limited edition. The furry case is £13, the regular is £8.

The lipstick case is £8 and can be used with any existing refill.

The lip treatment balms are £14 each and have a slightly vanilla element to the scent. I’ve used plenty of Paul & Joe balms over the years and they’re always nice and nourishing using lavender and olive oil to create a light sheen and lock in moisture.

That’s if you can bear to use them …. I mean, that’s hard to splodge your finger! There are also a couple of special design hand creams that I’ll cover in a later post because I have time – this collection doesn’t launch until 1st November. It will be a question of fastest fingers first because I predict it will sell out within the day.