News broke earlier this evening of the death of Queen Elizabeth II at the age of 96. Plans are now being put in place for her funeral, which will take place on the tenth day following her passing. Beforehand, however, is a period of mourning as those in London and the UK, and indeed beyond, pay tribute to the deceased monarch.

The military procession is the first event in the ten-day long series of tributes and ceremonies that takes places publicly, as the Queen’s coffin is transferred from Buckingham Palace to Westminster Hall. Travelling down the Mall, through Horse Guards Parade, and past the Cenotaph, the procession will allow members of the public to gather and pay tribute to the long-reigning Queen.

Since the route is similar to that used back in 2002, after the passing of the Queen Mother, a similar procession can be expected. In 2002, more than 1,600 people were involved in the procession, among them military marching bands.

Details have yet to be announced for the military procession, but expect travel restrictions and closures on the day and potentially in the lead up as well. Also expect large turn-out, as the public will show up in huge numbers to pay tribute to the longest serving British monarch. Details for Queen Elizabeth II’s funeral will also follow.

In the wake of her passing, His Majesty The King Charles III released a statement: 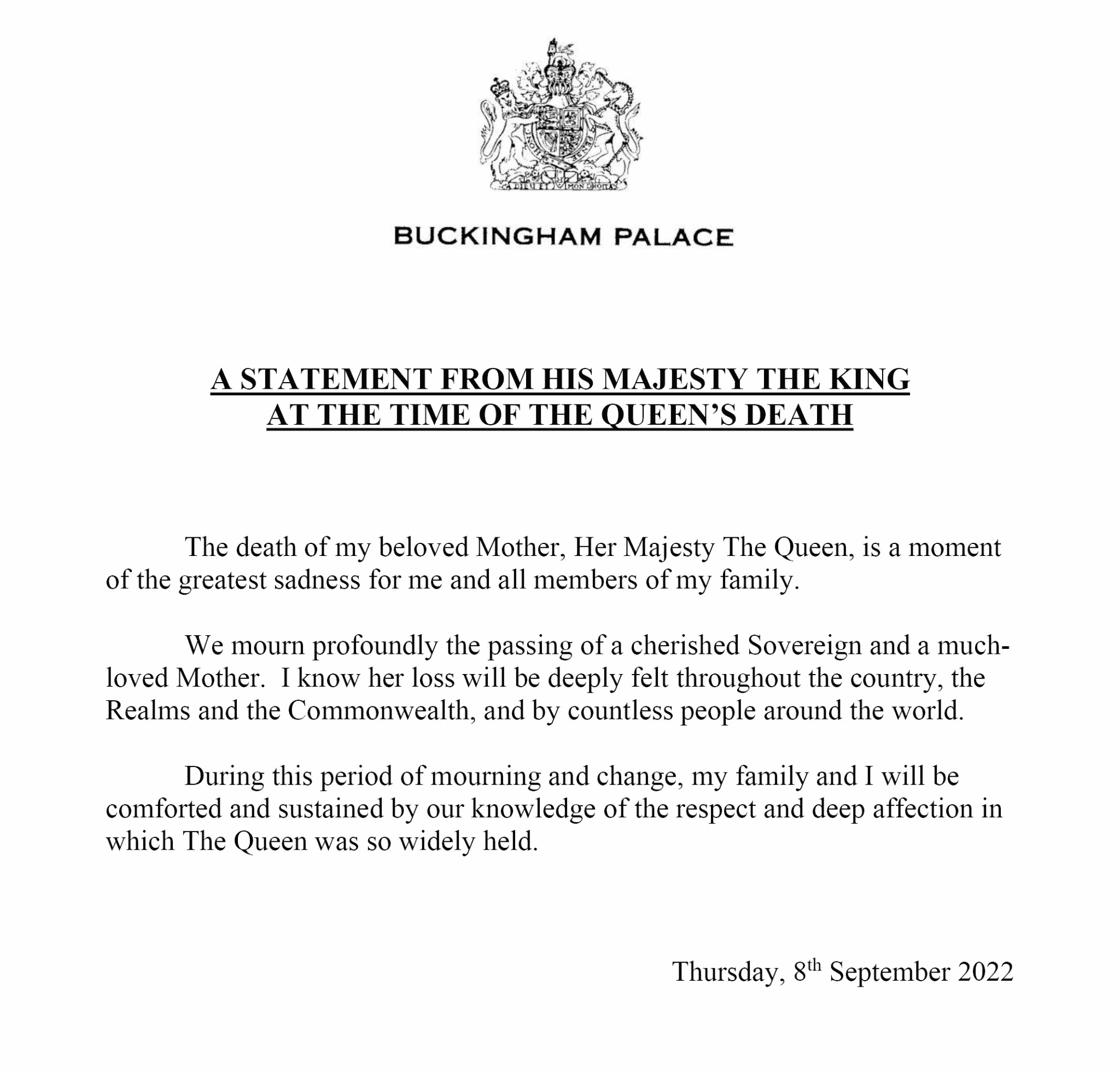