Both whiskey and The Royal Exchange have been around for a while. An early reference to the Scottish spirit traces it back to around 1494 (though it is often argued to be older), whereas the somewhat babyish-in-comparison grand commercial building was opened by Queen Elizabeth I in 1571.

And, after 450 years of beautiful coexistence in separate harmony, the two are finally teaming up to deliver the Scotch-filled-speakeasy that you never knew you needed. 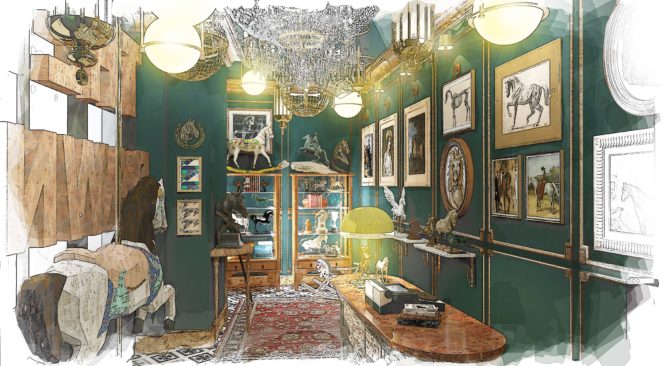 Opening next month, The Libertine is the brand new venue unpacking their highball glasses in the vaults under The Royal Exchange. Under the floors of the building, London’s revellers will be treated to multiple drinking and dining spaces, private dining rooms including a special whiskey vault for tasting experiences and much more.

We’ve alluded to The Royal Exchanges historic depth–an old-fashioned affair, if you will–but as you take a seat with your tipple at The Libertine, you’ll be doing so at London’s first ever venue to serve alcohol with a royal title. Both the drinks and food menus are going to need to live up to that very title, and by the sounds of things they do just that.

Starting with the showstopping alcohol list, The Libertine ensures that all palates are catered for, be it whiskey-adoring taste buds or an appetite that veers towards hops and grapes. Those on one side of the fence can treat themselves to a fine Smoky Thyme Old Fashioned or a Pink Peppercorn Negroni, and those on the other can select a fine vintage from a world-renowned vineyard or a beer that you know and love. Anyone left in the middle? There’s a whole menu of classic cocktails to dive into.

The Libertine don’t pull any punches when it comes to the food, either. Try their dry aged prime cuts of steak, such as their fillet and Wagyu pichana, which can be enjoyed in tantalising steak sharing boards for up to four people. Elsewhere on the menu, customers will find dishes including lobster gratin, pot-roasted cauliflower, Bearnise burgers and much more.

The Libertine opens at the vaults under The Royal Exchange in October (date TBA).