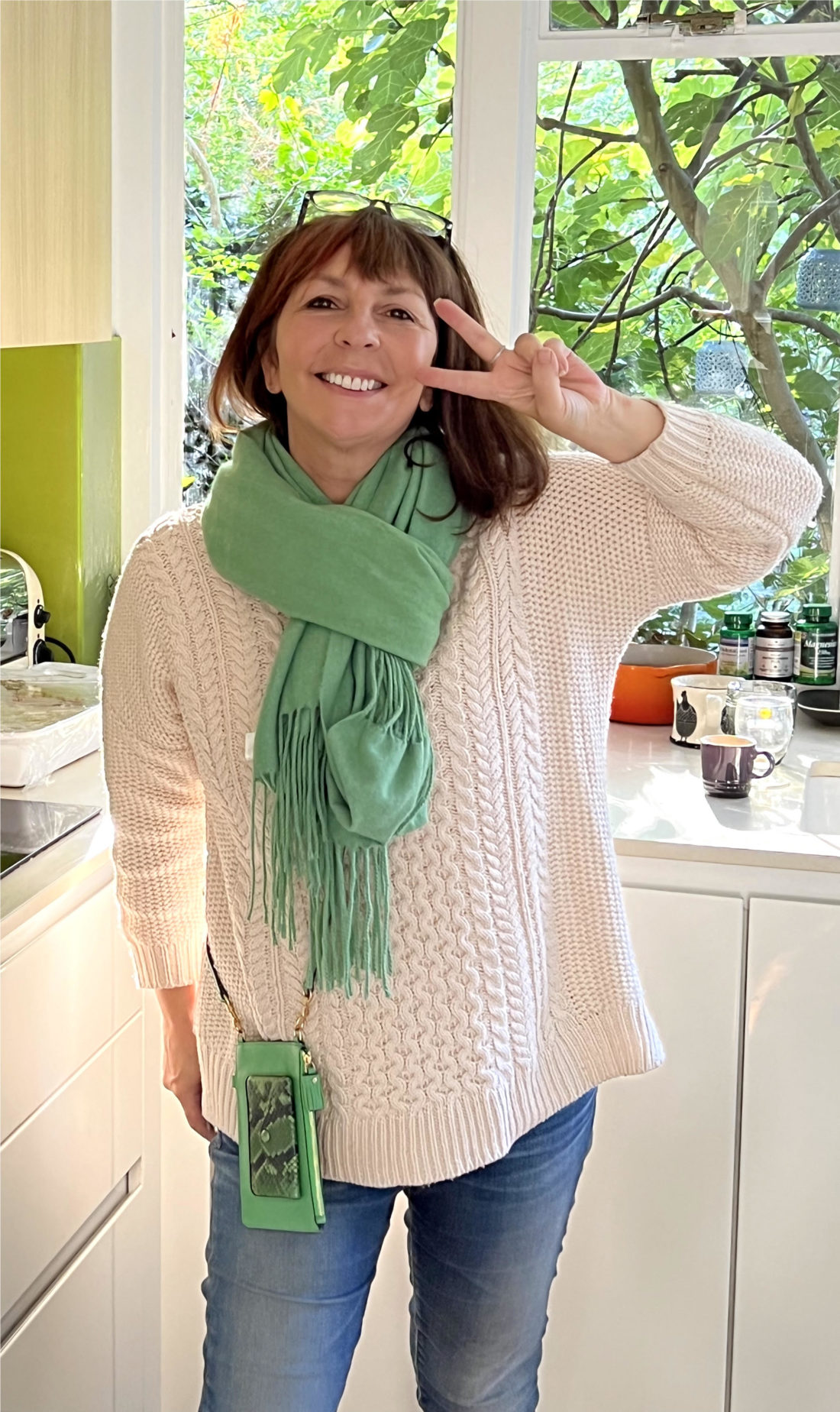 [unpaid/purchase/affiliate] When I was in Stockholm visiting Max, he took me to a shop called Lindex which is part of the H&M group. It’s kind of a ‘staid’ version of H&M that’s not so trend led but as soon as I saw a green scarf I grabbed it and have worn it so many times already. It was about £15 and last time I looked they had run out completely. As it turns out, Lindex has a UK site and the scarf is back in stock along with a range of other colours. I say this – I ‘think’ it’s the same one but it looks a bit less bright than the one I’m wearing in the main picture. It’s hard to tell.

It’s obviously not natural fibre but it’s soft as anything and very snuggly without being swampy. I absolutely love it, and it’s HERE. But it turns out that that vibrant, bouncy green is turning up in scarf form everywhere.

I’ve seen this version in H&M with my own eyes so I know it’s that particular green and it’s even more of a snip at £12.99 HERE. It’s such an easy way to update outer wear and this green seems to be the shade that everyone is drawn to.

This option from Mango looks slightly more voluptuous than the others – it’s £22.95 HERE – with more fulsome fringing and good for doubling up as a cosy wrap, too. I’m completely drawn to this green shade – I don’t know if there is even a name for it – spring green? Or apple green? Any idea?