Calling all armchair Poirots, it’s finally time to show your mates that you really could have solved that crime you saw in that Netflix show. All you need to do is round up your motley crew of detectives for The Murder Express Part Deux – Jewel of the Empire. The Murder Express is back, still offering fine dining and one of the most engaging immersive theatre productions you could ever ask to experience.

Arrive promptly at Pedley Street Station and be prepared to board. You’ll be seated in one of the train’s eight booths, with each booth seating eight guests. From the very moment you step aboard, be wary. Although a train journey seems innocent enough, the fact that the recently discovered Jewel of the Empire is being transported on your journey may throw a spanner or two in the works. Worse than the fact a precious diamond might go missing is the troubling rumour that someone on board has something much more ghastly planned. Everyone is a suspect on The Murder Express…including you! 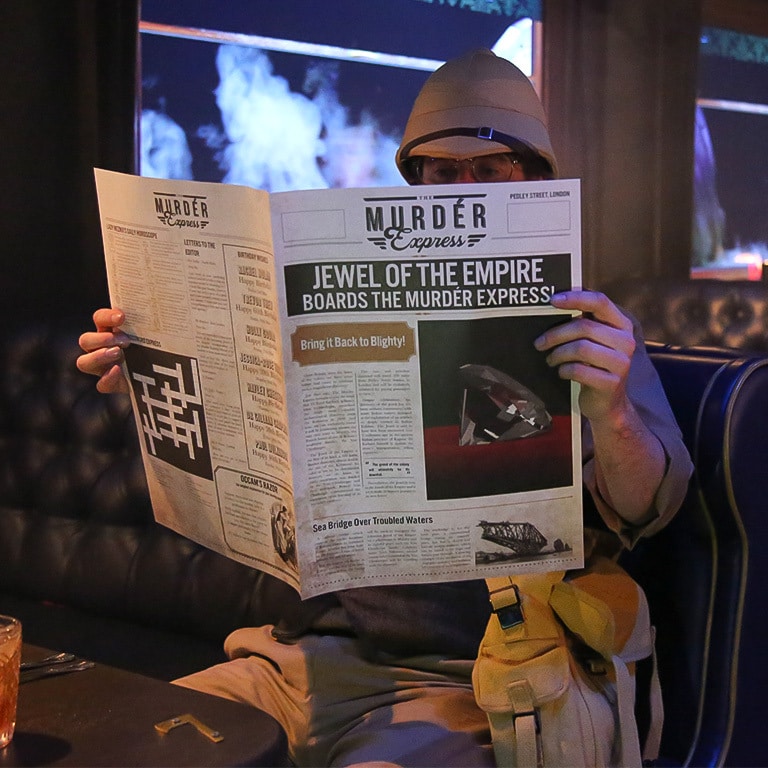 It will be up to you, and any of your passengers you trust, to solve the mystery of the diamond and what could soon be a literal pile of bodies aboard your journey. Along the way you’ll be joined by Dr Errol Earhart, who discovered the diamond, as well as the mysterious Marie amongst others. As the journey, and story, unfolds around you make sure to keep your eye on even the smallest details – they just might save a life. Or at least solve a case.

Although saying this, there’s never been an actual murder on this journey so maybe just soak up the ambience. It’s quite easy to do so being surrounded by a gorgeous interior that is reminiscent of a 1930s train. After all, back then travelling by train was a luxury and The Murder Express is no exception. Make yourself comfortable, soak up the atmosphere, and enjoy your lavish surroundings and treatment. You’ll be transported right back in time and experience a service even the most affluent ancient traveller would envy. 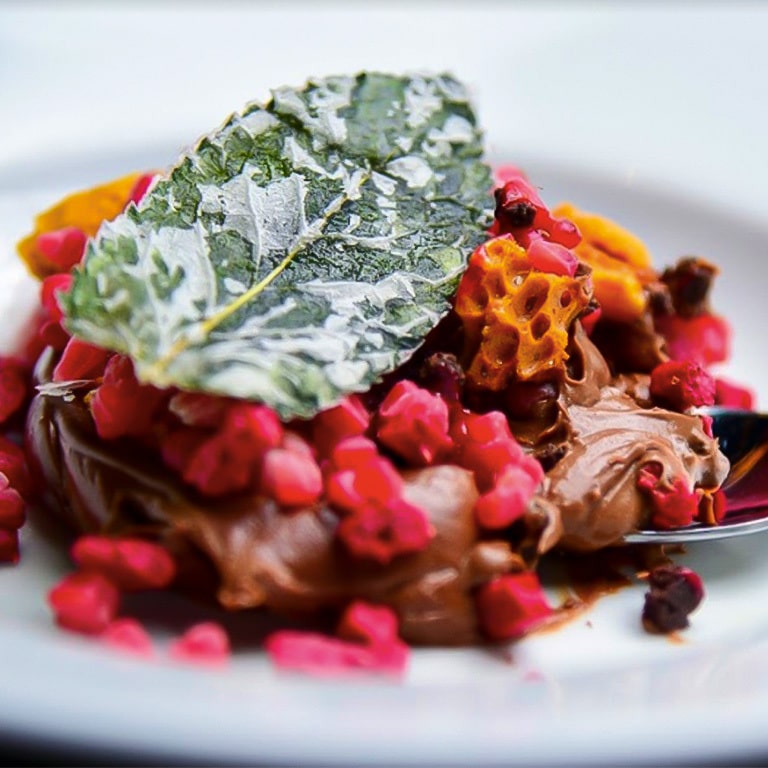 Alongside the theatrical element is of course the food. We can’t tell you which you’ll be more impressed by, the immersive experience or the four course dinner that runs alongside it. So we’ll leave that decision up to you. There are a variety of meal options so vegetarians, vegans, and anyone with religious dietary requirements won’t have to worry about missing out. The menu comes from a BBC MasterChef professional, so you know you’re in for a one of a kind treat.

What are you waiting for? Get organised and get yourself down to the spellbinding experience. You won’t regret it. I mean, unless it turns out you were the murderer and/or thief, in which case…yeah. But you can worry about all that after you’ve heartily enjoyed a rollercoaster of a ride and some fabulous food. 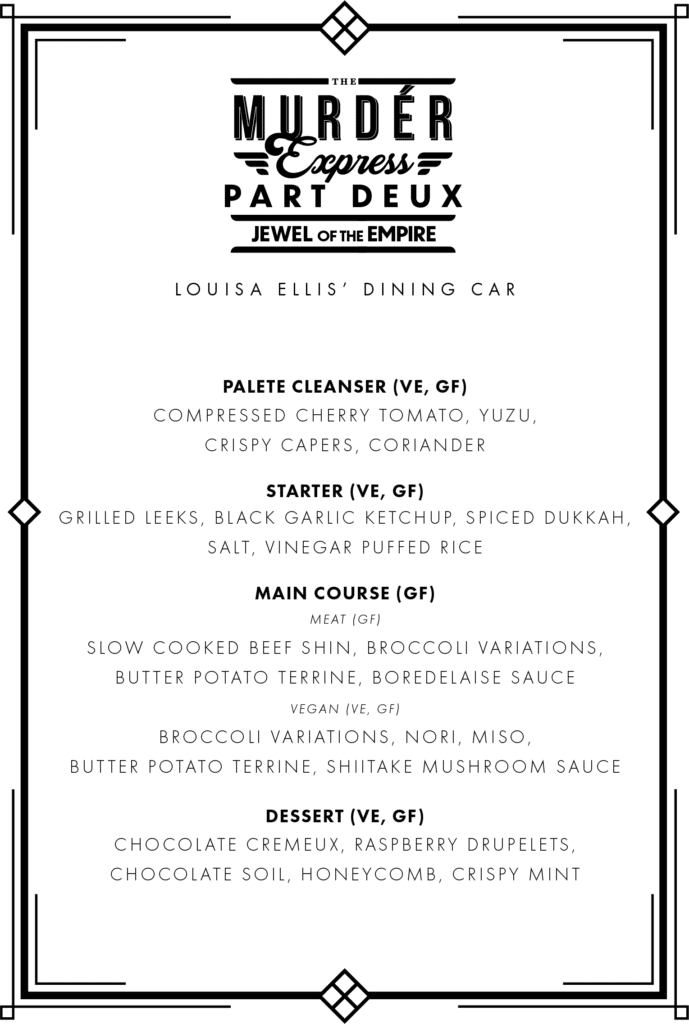 The Murdér Express Part Deux – Jewel of the Empire