Since the late days of May, Londoners have been ultra-connected to the city centre thanks to the new purple line that had been promised for years, and finally arrived. Now, that ultra-connection is becoming even more ultra-y; thanks to the expansion of the central zone of the Elizabeth line today.

As of today (November 6) the central tunnels of the line are now connected to the lines of Reading, Heathrow and Shenfield in a latest transformation of Crossrail. To coincide with this, there are now even more trains running on the line meaning the line has become faster and further-reaching in one clean swoop, which will please commuters and/or train lovers to no end. 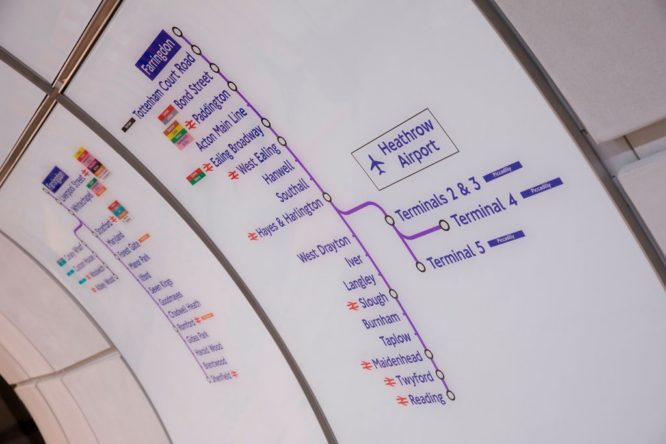 Those travelling from Reading or Heathrow can travel all the way to central London and beyond into Abbey Wood without a single change, meaning it’ll now take just 36 minutes to get to Farringdon on a weekend. Previously, customers would need to change at Paddington to access Elizabeth line trains to central London. Passengers from Shenfield can now also access Paddington station without making the switch at Liverpool Street.

Trains will now permanently run on Sundays, meaning the line is officially seven-days-a-week for the first time. Services from Paddington to Whitechapel are also increasing from 12 to 22 trains per hour in peak times and 16 during off-peak hours. Come May 2023, this number will see 24 trains run each hour during peak times.

The Mayor of London, Sadiq Khan, said: “I’m delighted that from Sunday people will be able to benefit from fast and direct Elizabeth line services into central London, seven days a week. This development is a huge moment for the capital’s connectivity, revolutionising the way we travel across London, allowing people to travel from Stratford in the east of London to Paddington in the west of London in just 19 minutes, and Ealing Broadway to Canary Wharf in just over 30 minutes.

“Services running on Sundays through central London will make thousands of journeys quicker, easier and more comfortable. Now services from outside London are connected with the stations in centre of the capital, people can be quickly transported on the Elizabeth line all the way through the city. This new stage of the Elizabeth line will bring a huge boost to our city – including encouraging people to make the most of the capital and will help support businesses in the heart of our city. I’m so proud of this transformational addition to our public transport network. The Elizabeth line is helping to build a better London – a fairer, greener and more prosperous city for all Londoners.”